On May 29, Charm Blue held a conference in Beijing and officially released its 100-dollar smartphone in face of the Meizu M6T. Actually, the conference didn’t last long, only half an hour. But it was sufficient to introduce the selling points of this handset. As you guess, and as the price category suggests, the M6T is an entry-level smartphone. But gone are the days, when a vendor could launch a smartphone with no highlighted key feature. So there should be at least one outstanding feature in our protagonist as well. We’ll still make the acquaintance. As for now, the phone is already available for purchase at a starting price of 799 yuan. It’s for the 3+32GB version, while the 4+32GB model is available at 999 yuan, and the higher variant with a 4+64GB memory combination comes at 1099 yuan. 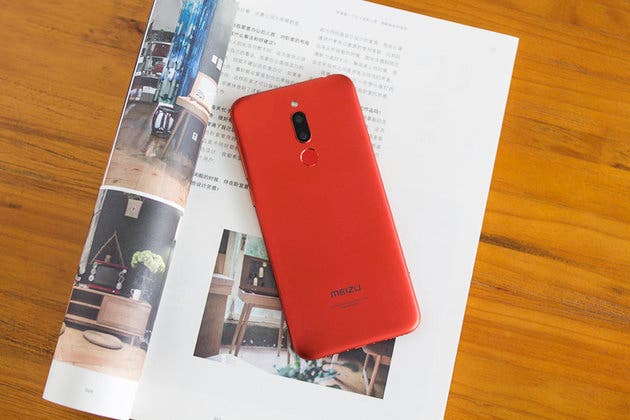 The Meizu M6T comes with a full-screen design, but it still retains the upper and lower forehead and chin areas, respectively. The back of the phone is simpler. The rear cover made of colorful polycarbonate. There are three color options including the champagne gold, black stone, and coral red.

The rear camera is placed in the middle of the fuselage. Below it, we can find a fingerprint scanner. This is the first Blue Charm smartphone with a rear-mounted fingerprint reader. The flash is located above the camera. Meizu’s logo is printed at the bottom of the fuselage, and all design elements are centered.

As for the display and hardware configuration, the Meizu M6T uses a 5.7-inch screen with a resolution of 1440×720 and an aspect ratio of 18:9. Under the hood, it carries a MediaTek MT6750. There is also a 13+2MP dual-camera, a built-in 3300mAh capacity battery, and it runs on Flyme 6 operating system based on Android 7.0