The Chinese smartphone market is the largest in the world and the most competitive. Many manufacturers have either folded up or pulled out of this market due to the huge competition. Market research agency, Counterpoint, recently released a report on the top 10 online selling smartphones in the Chinese market and the likes of Apple, Xiaomi, Honor, and OPPO devices all make the list. 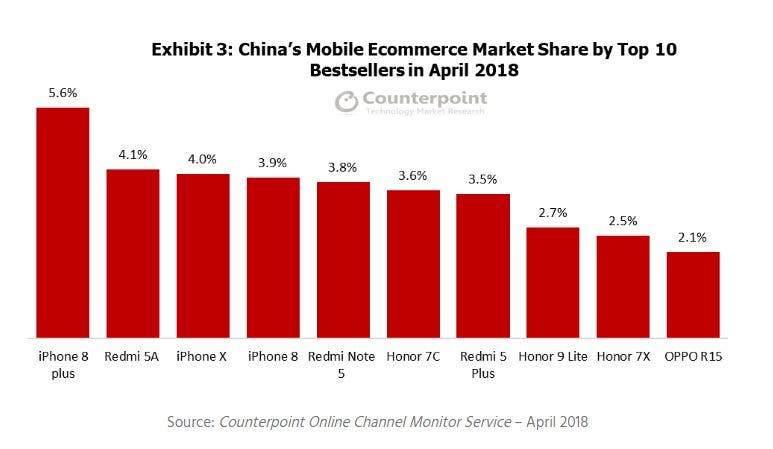 Judging from the top ten best-selling models on the Internet, Apple’s iPhone 8 Plus actually came top while iPhone X and iPhone 8 also squeezed into the top five. Xiaomi Redmi 5A was second on the list and its counterparts, Xiaomi Redmi 5 and Redmi 5 Plus made the top ten list. Honor, a sub-brand of Huawei was represented by Honor 7C which ranked sixth while Honor 9 Lite and Honor 7X also made squeezed in. OPPO was represented by only OPPO R15 and it was ranked tenth. The Top 10 list includes 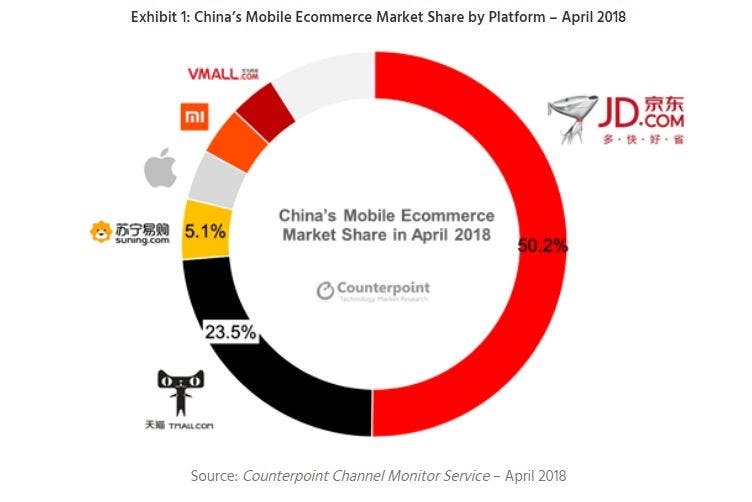 In terms of the e-commerce platform used, 50.2% of buyers use JD.com while another 23.5% uses TMall. Sunning.com, Mi.com, VMall and Apple’s official website are other notable platforms used in China.