Xiaomi is expected to launch the 4th device in its Mi Pad series of Tablets which is dubbed as Mi Pad 4 at an event a few days from now in China. Only recently, the company confirmed to us the device could come with the Snapdragon 660 SoC and an 8-inch screen with Full-HD, while other specs are also flying around in the form of rumors.

Now, ahead of the official unveiling, the company has confirmed via its official Weibo account that the upcoming Mi Pad 4 could be the first of its Mi Pad series to sport the AI unlock, and if that pans out, then users of the upcoming device would only just have to gaze at their tablet in order to get their units unlocked. While this is something exciting, it should be noted that the feature which relies on the front facing camera may not be as secured as the Find X’s front-facing 3D camera, and the  3D module found in some other devices. 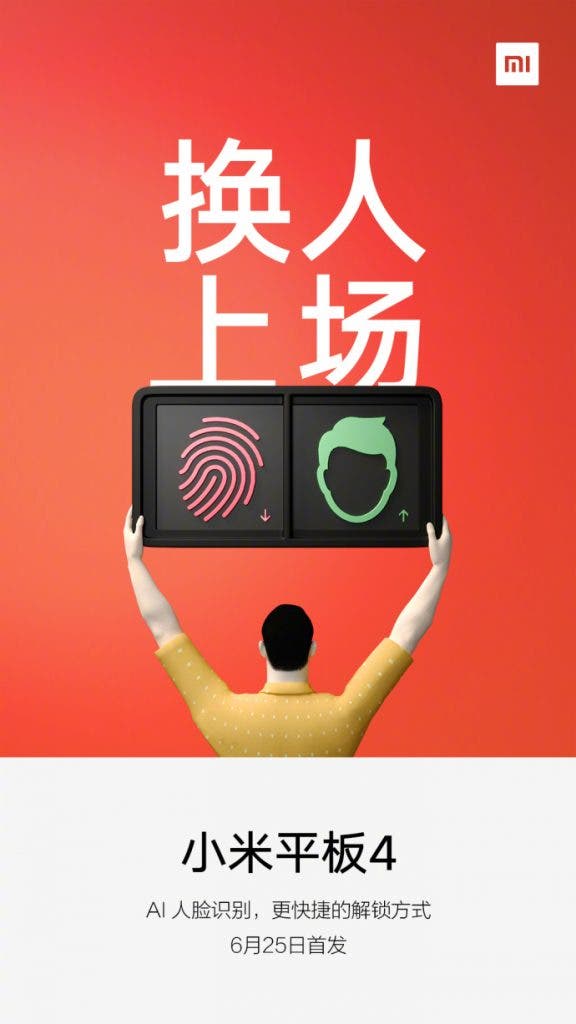 According to previous reports, the Mi Pad 4 is expected to house a 13MP/5MP camera combo, with a massive 6,000mAh battery, while it is unsurprisingly tipped to arrive in two variants – one WiFi and one LTE-enabled either in 4GB/64GB and 6GB/128GB memory configuration. If rumors are to be believed the Mi Pad 4 might come with a price tag of  CNY 1,499 ($230) for the base variant, while the other variant might go for as much as CNY 1,999 ($305).

While we await the June 25th unveiling, we advise you to take the price aspect of this with a pinch of salt as the authenticity of the leak is not guaranteed.

Previous BlackBerry KEY2 gets US release date, pre-orders for the QUERTY smartphone to start next week