Aside from the Galaxy Note 9 which is due to drop on August 9, if rumors are to be taken seriously, recent reports have it that Samsung is also preparing a fresh smartphone that will cater for the very low-income earners. Specifically, reports have it that Samsung might be the next to join the list of Android Go phone makers as the Seoul-based giant is reportedly already testing different variants of an Android Go smartphone (SM-J260F, SM-J260M, and (SM-J260G)) in a couple of markets around the globe.

While the variant with  variant (SM-J260G) model number has already appeared in a Geekbench database, a couple of technical specs of the SM-J260F model which might turn out to be the international variant of the Android Go device has surfaced online, and like you might be aware, it won’t feature anything stellar, as it is meant to cater to those with low purchasing power.

The leaked specs courtesy of Techiedrive suggests that the upcoming Android Go smartphone from Samsung will flaunt a compact 5.0-inch Super AMOLED display with unknown resolution, and most likely without the full-screen design, so we should expect huge bezels on all sides. Further, TechieDrive reveals that the device will house Samsung’s own entry-level Exynos 7570 Quad-core SoC with 1.4Ghz speed coupled with 1GB RAM and 16GB storage.

The device which might launch as the Galaxy J2 Core is tipped to come with an 8-megapixel rear camera, a 5-megapixel selfie cam, as well as a 2,600mAh battery. The device will run Android Oreo out of the box, which is expected to be the Android Go according to previous leaks. 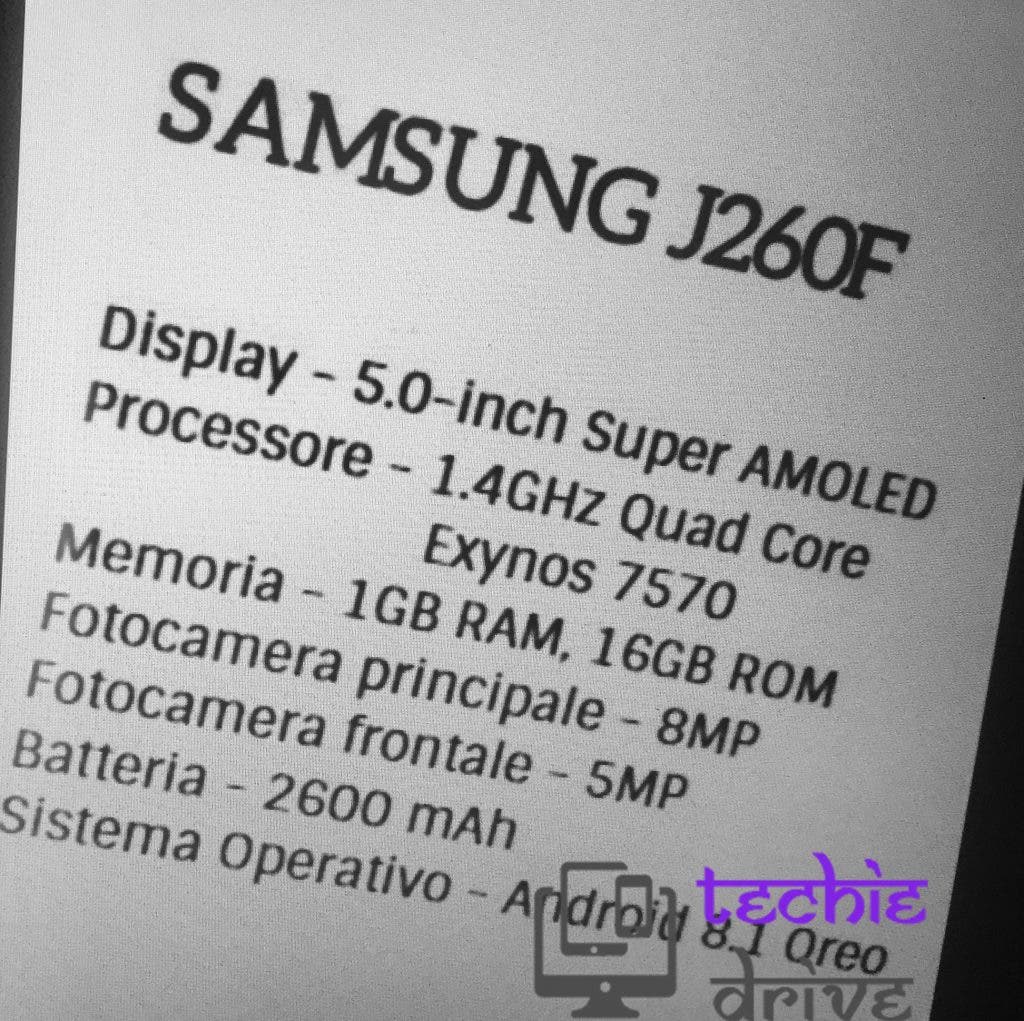 There is no confirmation yet under which name Samsung will launch its first Android Go phone, but there are speculations it might be under the J series of Galaxy phone, and more specifically might arrive as the Samsung Galaxy J2 Core which the tech giant trademarked back in May.