Almost exactly a year ago, Meizu unveiled their Pro 7 & Pro 7 Plus flagship phones, two handset which went out of the schemes with the inclusion of a secondary rear display dedicated to show time or snap selfies with the better performing dual rear camera setup. Which – at the time – was the only way to create photos with a shallow depth of field (bokeh effect).

As everybody knows, the two smartphones didn’t do very well, mostly due to the not too powerful nor efficient MediaTek SoCs present on them both.

Fast forward to today and it seems as Meizu didn’t learn the lesson. The latest reports from China do indeed suggest that the Chinese phone maker is currently working on another device equipped with – yet again – a secondary display on its back. 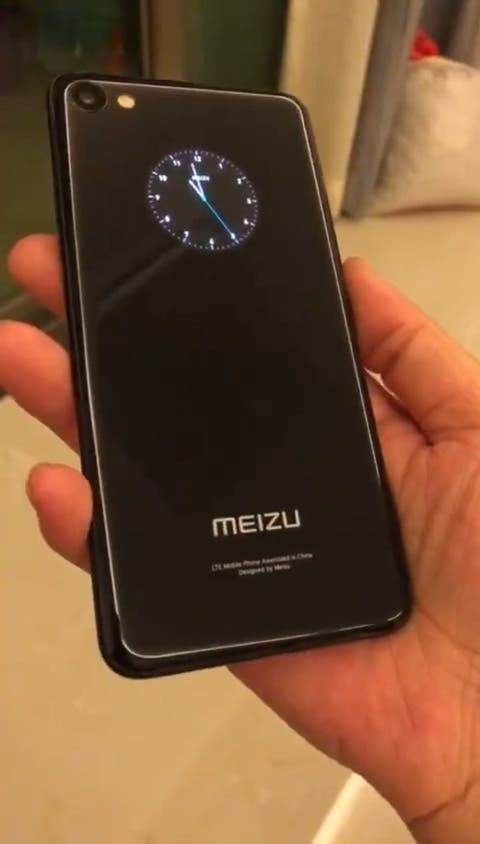 What’s different from the previous Meizu Pro 7 is that the new phone does not sport a rectangular screen but instead a rounded one, with the default image showing up being a clock dial. You can check out the hands-on video over on Weibo as well.

The machine’s internal code is “99” and it sports a good looking eight-curved surface design, the display at the front also appears to be curved, and it’s said to be powered by a Samsung Exynos 8890 flagship processor, no MediaTek this time around.

In all honesty, this seems to be an older prototype that didn’t manage to go into its final stages, probably due to the high production costs – adding a screen on the back isn’t cheap –  and the low demand for such a device. The main give away are the 16:9 display aspect ratio and the single rear camera, this phone cannot be released in 2018 as it is.

Next New Meizu Phone Gets Certified - Is this the Meizu 16?