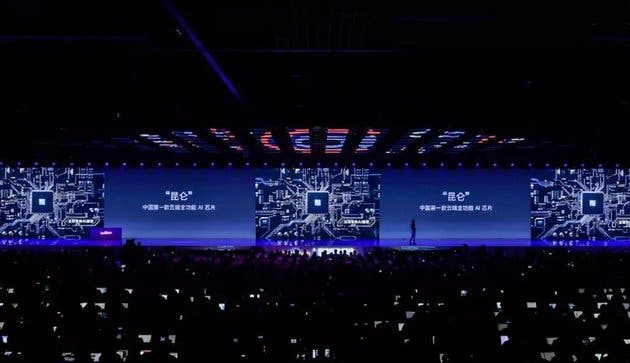 Back in 2011, Baidu started working on an FPGA-based AI accelerator for deep learning and began using GPUs in data centers. Kunlun is made of thousands of small cores. Thanks to them, it has a computational capability which is nearly 30 times faster than the original FPGA-based accelerator. Baidu brain has a more complete integration of software and hardware.

In his speech, Li Yanhong mentioned that with the rise of big data and artificial intelligence, the data that needs AI processing is almost doubled every 24 months. The complexity of constructing the model is five times that of the original. A chip that requires ten times more computing power can keep up with it. This increase in computing power requires algorithms, software, and hardware processes to work together.

Apart from this, Baidu Kunlun is based on a14nm Samsung engineering and 512 GB/second memory bandwidth. It leverages Baidu’s AI ecosystem, which includes AI scenarios like search ranking and deep learning frameworks like PaddlePaddle. The manufacturer is going to develop upon this chip, to enable the expansion of an open AI ecosystem. This simply means the upcoming models will focus on applications for intelligent vehicles, intelligent devices, voice recognition, and image recognition.