It has been two years since the release of the previous generation Honor Note series smartphone. And on July 9 Honor officially announced that it will release the new phone from Notes line in the near future. As you guess, we are talking about the much-rumored and much-leaked Honor Note 10. According to the official introduction, the Honor team spent two years designing this handset. Plus, there will be a lot of ‘scare technology’ on the forthcoming model. The phone has been leaked for many times, but today it was spotted in a spy photo once again, showcasing its actual look from the front. 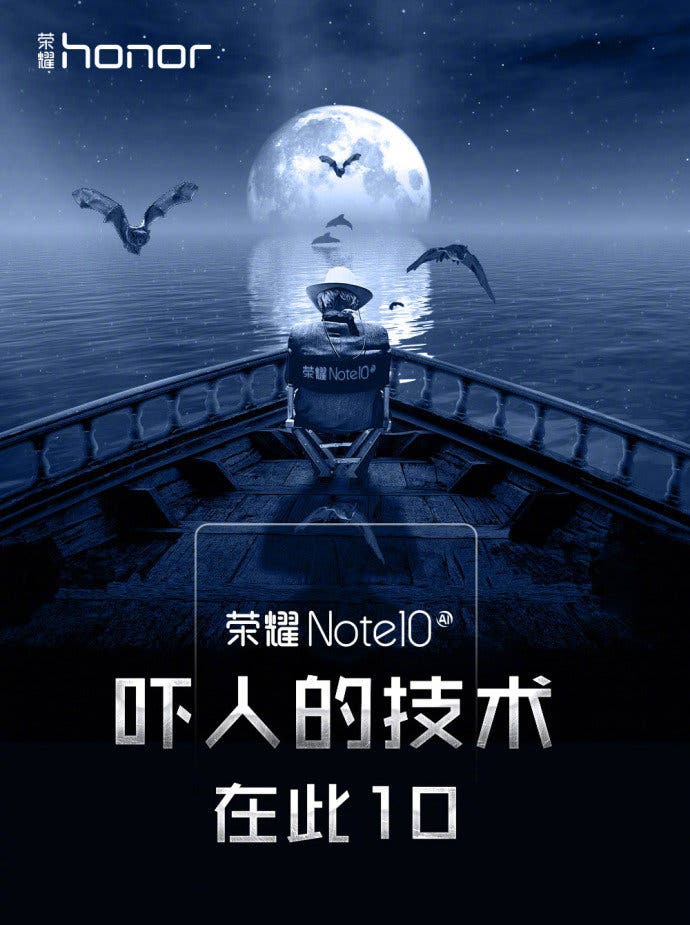 The user who posted a leaked photo on Weibo asks a simple question: ‘The OPPO Find X and VIVO NEX are using a genuine full-screen. So why the Honor Note 10 has both the forehead and chin?’ Actually, when looking at the front panel of the leaked phone, we see it comes with quite a noticeable forehead and chin. Of course, the overall screen ratio is still very high and the left/right borders are narrowed a lot. However, if it has an appearance what we see, there is no chance to compete with the abovementioned models.

In response, Honor said ‘there are some models that come with ‘outstanding design’, but there are no technological innovations. Say, those new approaches solve problems related to the appearance only, while Honor is focusing on core problems. The latest technology they brought is GPU Turbo, which solved the problem for mobile gaming. In this sense, the Honor Note 10 will lay a new high ground for technological innovation, solve a new problem, and make the phone bigger, faster and cooler! What do you think this new technology will be?’