The Honor Note 10 will be launched in Beijing on July 31. The official appointment is already opened. And we have learned some information concerning this amazing handset. Say, we know it’s a large-screen smartphone with a notch on the top. The phone has leaked on spy photos for uncountable times. Today is no exception.

Looking at the latest spotted photo, we can assume it’s taken in a subway. This phone shows the alleged Honor Note 10 won’t use a 3D glass design. Instead, it will come with an ordinary flat glass back panel.  Plus, the dual-camera is arranged vertically, while the common fingerprint scanner is in the central part. 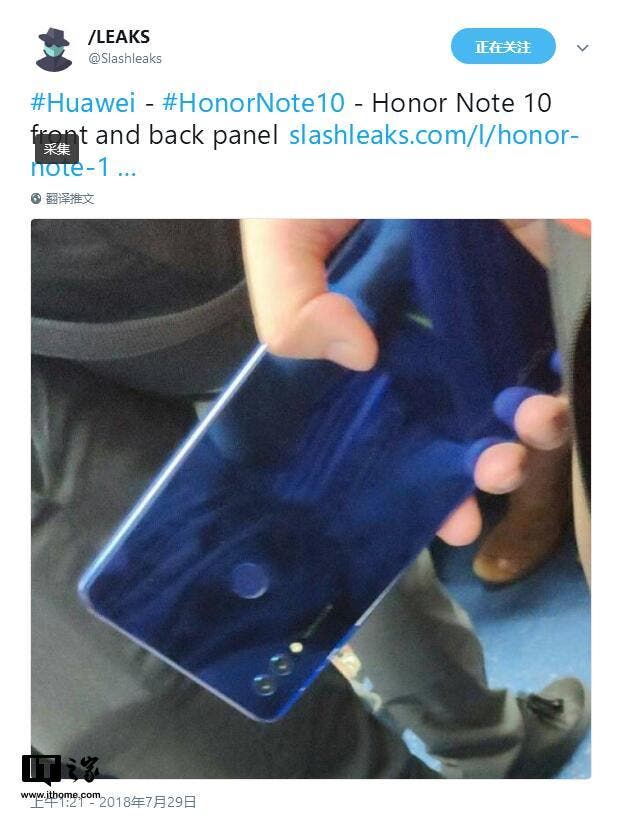 Previously, we learned the Honor Note 10 will be equipped with a 6.95-inch AMOLED display with a resolution of 2160×1080. So many may think it won’t be comfortable for single-hand operations. But as we are dealing with a full-screen handset that has an excellent screen ratio, the Honor Note 10 is still easy to hold with one hand. 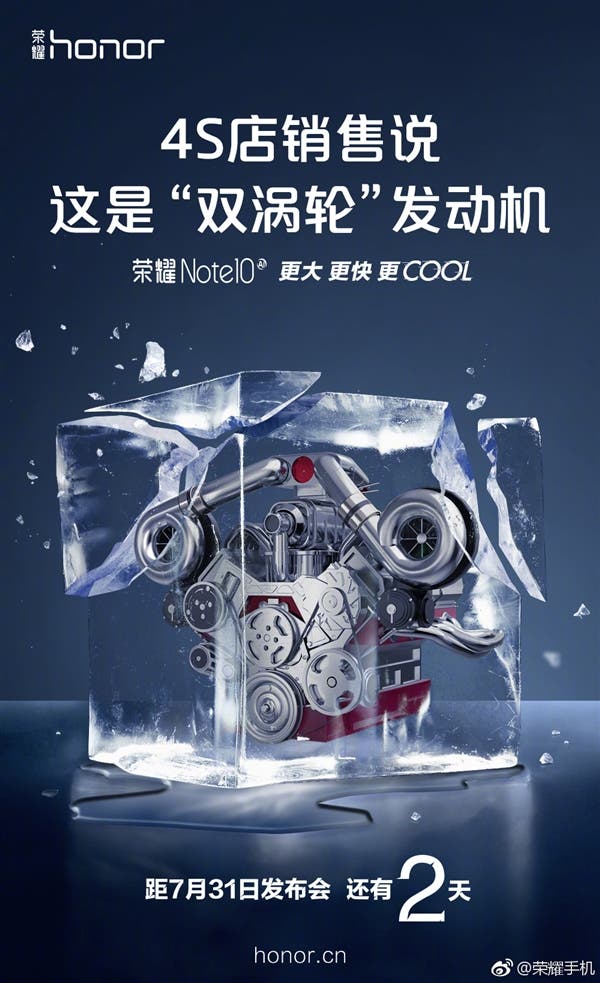 By the way, today, the manufacturer released the next poster, showing it will come with a “Twin Turbo Engine” that implies our protagonist will be equipped with GPU Turbo technology. As you know, the latter works like the car’s turbo engine to improve the performance and to increase graphics processing efficiency by 60%. More importantly, the GPU Turbo technology can reduce the power consumption of the smartphone by 30%. In addition, it is said the Honor Note 10 is likely to be the first to apply GPU Turbo 2.0 upgraded version.