The Samsung Galaxy Note 9 is due to arrive in a couple of days, so it is not really surprising to see the device more than ever before in the headlines in the following day. While we already know a lot about the device’s design, the next few days might see more pricing details of the upcoming device across the Globe.

Much like the Indonesia pre-order details, a leaked poster out of Korea has outed the pre-order pricing of just 2 storage variant of the device – the 128GB and 512GB version. Yes, you read right, we should come to term by now that the Note 9 won’t have the 64GB variant, the 128GB will be the base variant. 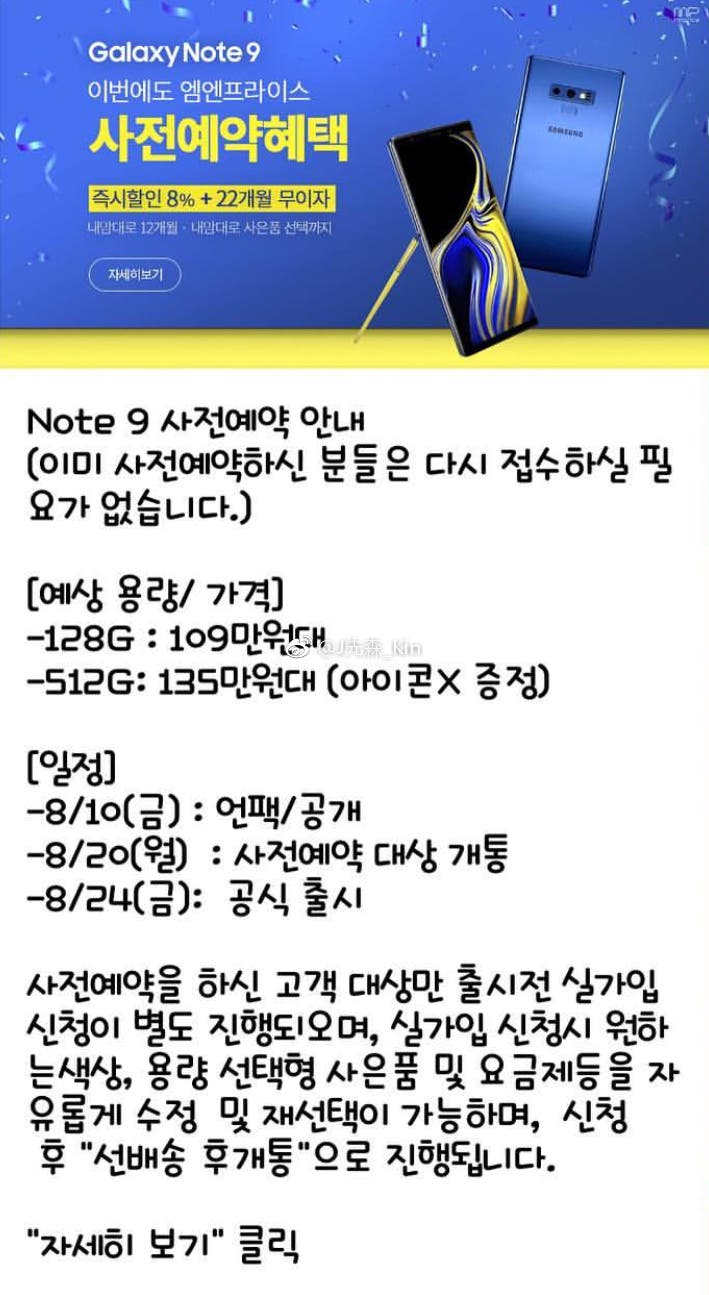 Moving on, the leaked poster reveals the 128GB variant of the Samsung Galaxy Note 9 would retail for 1.09 million KRW /~ 977 USD in Korea, while the 512GB version goes for 1.35 million KRW ~ 1210 USD. Both prices tally to a larger extent with the Indonesian pricing, so it is likely the EU might be the only region where the device might sell for $1000 probably due to tax inclusion – but we will get official information on August 9 when the device is unveiled.