Software giant – Google just released the final version of its next iteration of the Android OS, and like you would have guessed, it is aptly named Android 9.0 Pie/ Android P.  The OS is currently rolling out to the second generation of Google’s Pixel smartphones – the Pixel 2 and Pixel 2 XL.

Other third-party OEMs including Sony Mobile, Xiaomi, HMD Global, Oppo, Vivo, and OnePlus  are expected to follow suit in the coming weeks, however, Andy Rubin’s Essential, is trailing Google closely behind as it has announced the availability of the Android Pie update to the Essential PH-1 right on the same day Google made available the final version of its latest OS.

This isn’t particularly surprising, knowing that Essential has been virtually pushing out Android 9.0 Pie Beta and even Oreo updates to its device on the same day as Google itself several times before, usually beating its much larger rivals like Samsung, LG, and HTC to the punch by weeks or even months.

Sized at about 1050MB, the Android 9.0 Pie update for the Essential PH-1 has the build number PPR1.180610.091, and aside from the August security patch, it comes with several improvements including an adaptive battery feature, a new gesture-based navigation option, a new Material theme in the quick settings and settings menu, and much more. 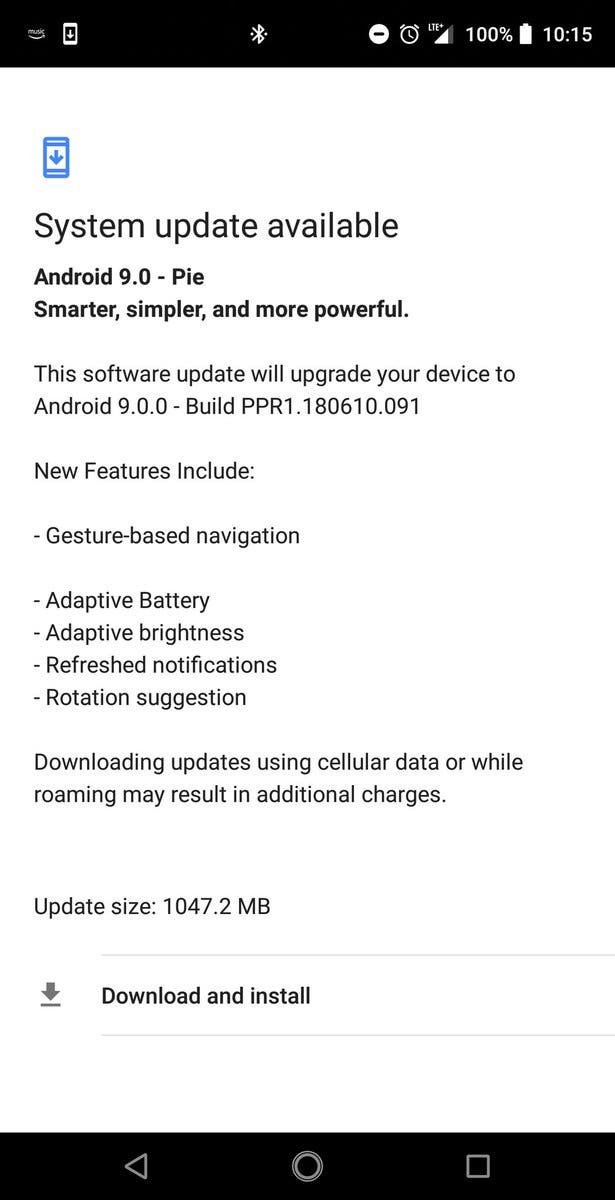 Essential says the update is rolling out to users on the latest 9.0 Pie beta over the Air and should reach get a wider roll out in the days to come.