Google Pixel 3 and Pixel 3 Xl are definitely coming if the current array of reports is to be believed. To add to the existing leaks and reports, Google itself accidentally revealed the launch date of the Pixel 3. The slip-up is thanks to the Google Canada team. 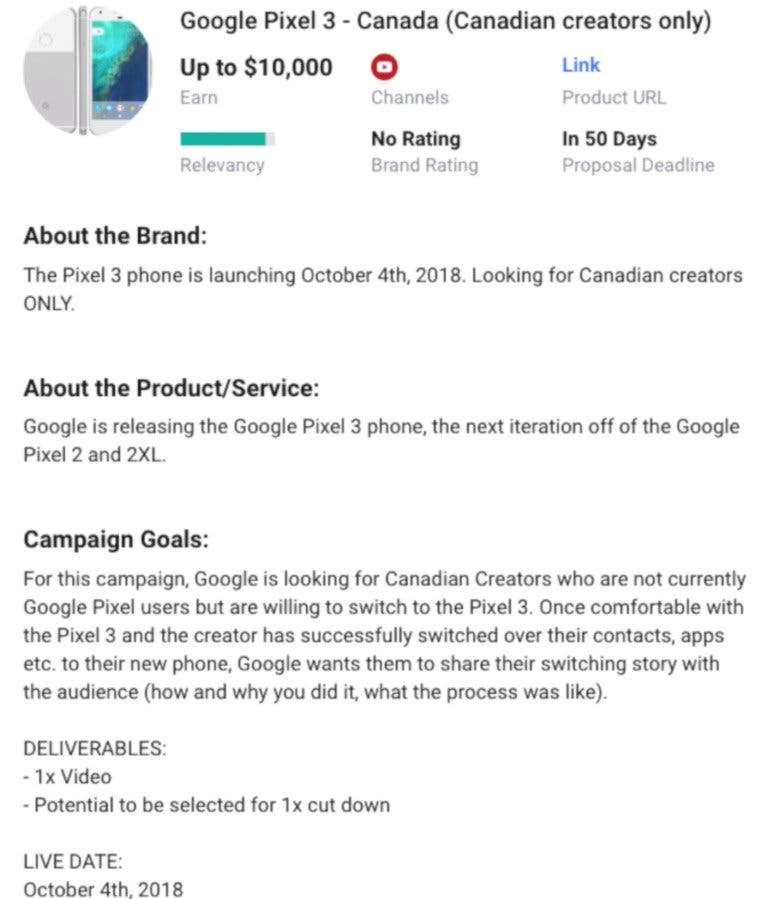 An ad on its Famebit site that was reportedly posted by Google confirms the launch date of the phone as October 4th. There is a reason to believe that the listing is genuine since Google has always released Pixel phones on October 4th. If that’s the case, we will get to see the “Made by Google” event on the said date.

If previous leaks are to be believed, the Pixel 3 will sport a full-screen display with dual cameras both up front and back. The Pixel 3 XL will sport a notched display and dual camera on the front as well as the back. The Pixel 3 XL also made an appearance on Geekbench revealing Snapdragon 845 under the hood coupled with 4GB RAM and Android 9.0. In other reports, there is a possibility that the Pixelbook 2 will launch alongside the two phones. A charging dock is also expected to be launched. The pricing of the two phones is not known but expect a premium price tag like their predecessors.