Today, Huawei EMUI official Weibo handle announced that Huawei Maimang 6 and nova 3e will start getting GPU Turbo update from August 10. According to Huawei, GPU Turbo which improves graphics efficiency by up to 60% and reduce system-on-chip energy usage by 30%. The software is gradually been rolled out to a number of its smartphones and it is the turn of Huawei Maimang 6 and nova 3e. 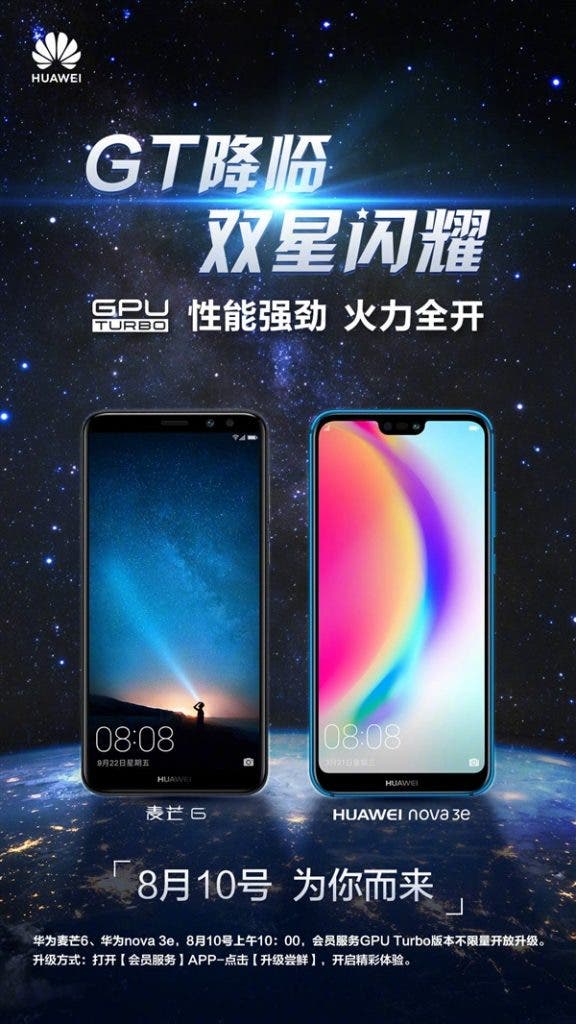 GPU Turbo was launched with Honor Play many weeks ago and a lot of Huawei and Honor devices already have the update. In addition to improving GPU performance and reducing power consumption, this technology can also bring HDR enhanced effects to the gaming, allowing for clearer picture quality and richer color details. The emergence of GPU Turbo will not only help the flagship devices but also the GPU performance of low-end and mid-range smartphones so that they can use technical means to avoid simply stacking hardware and still improve the user experience. According to the company, after the HDR image quality is turned on, the game’s picture performance is more realistic, the light distribution is more uniform, and the color is more beautiful.

Next Onikuma K9 Launched: What Makes an Excellent Xbox One Gaming Headset?