LEAGOO’s S10 is one of the most hyped phones which is set to be unveiled in the following months. The S10 reached media’s attention for its high-end set of specs we are going to find on the handset, starting from the MediaTek Helio P60 AI CPU, to the 6GB of RAM and the large 6.21-inch AMOLED display. Today, the company unveiled yet another detail about the upcoming device – its battery capacity.

As you may have already figured out from the title, the LEAGOO S10 is indeed coming with a large 4050mAh capacity battery, which is really exciting to hear as there are not too many phones with similar specs paired with such a big juice pack.

What’s more, the battery can be fast charged at a whopping 18W (9V2A) speed, so we can expect the smartphone to charge relatively quickly and then last at least a full day of use. If you’re too lazy to plug the USB Type-C cable though, you can even wirelessly charge it as the phone supports the technology. 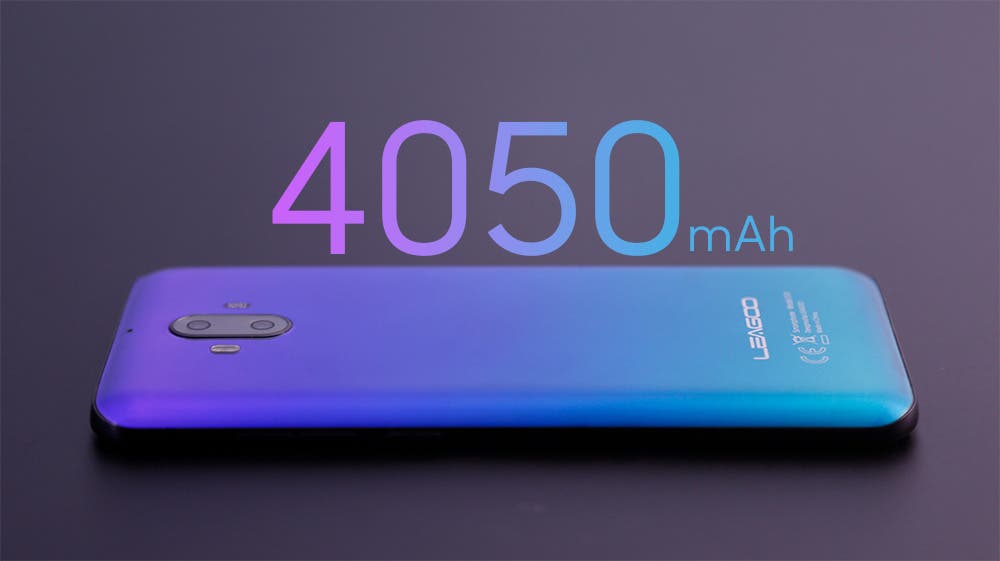 Do you want to have a quick look at it? Then check out the LEAGOO S10 Overview Video recently released on YouTube:

Let’s quickly roundup what we already know about the phone. The LEAGOO S10 is going to boast a large 6.21-inch AMOLED display with Full HD+ resolution and a 19:9 aspect ratio. It’ll be powered by a flagship MediaTek Helio P60 CPU along with 6GB of RAM and 64GB of internal storage.

We then find a confirmed 20MP + 5MP camera setup powered by Sony. Meanwhile other rumored specs include an in-display fingerprint scanner and an AI augmented user experience. The smartphone is also expected to cost less than $300!

The LEAGOO S10 will be hitting the crowdfunding platform Indiegogo in September / October 2018. You can win a free device and get 21% off discount in the official pre-launch campaign here.  Or head over straight to Indiegogo to get a 21% off early bird discount.