Following series of leaks, rumors, and speculations, Samsung at its New York event earlier today has announced the latest in its smartwatch series- not the Samsung Gear S4, but the aptly named Samsung Galaxy watch.

The new Galaxy watch is more of an actual watch than a smartwatch with features similar to those of the Galaxy Gear, including the circular bezel, which doubles as a control. Unlike the Gear, Samsung is offering the Galaxy watch in two sizes: the 42mm available in Midnight Black and Rose Gold, and 46mm which come only in silver paint job.

It features a  1.3-inch and 1.2-inch (360×360 pixels) Super AMOLED Always touch display which is both strong(certified for military-level durability) and water resistant – thanks to the overlaying Corning  Gorilla Glass DX+, while it is powered by the Exynos 9110 dual-core 1.15Ghz chip, coupled with 768MB/1.5GB RAM, and 4GB internal storage.

The device gets the Tizen OS 4.0 with LTE connectivity, a 472mAh battery on the 46mm wearable, and a 270mAh cell on the 42mm one both of which have a rating of up to 7 days on a single charge.

Samsung is hyping the Galaxy watch as a real and complete fitness tracker, all thanks to its ability to track up to 39 activities, out of which it can detect 6 automatically. It also got an in-built heart rate monitor complete with a reminder feature which alerts the wearer of the need to take a breath when the heart rate goes up north. 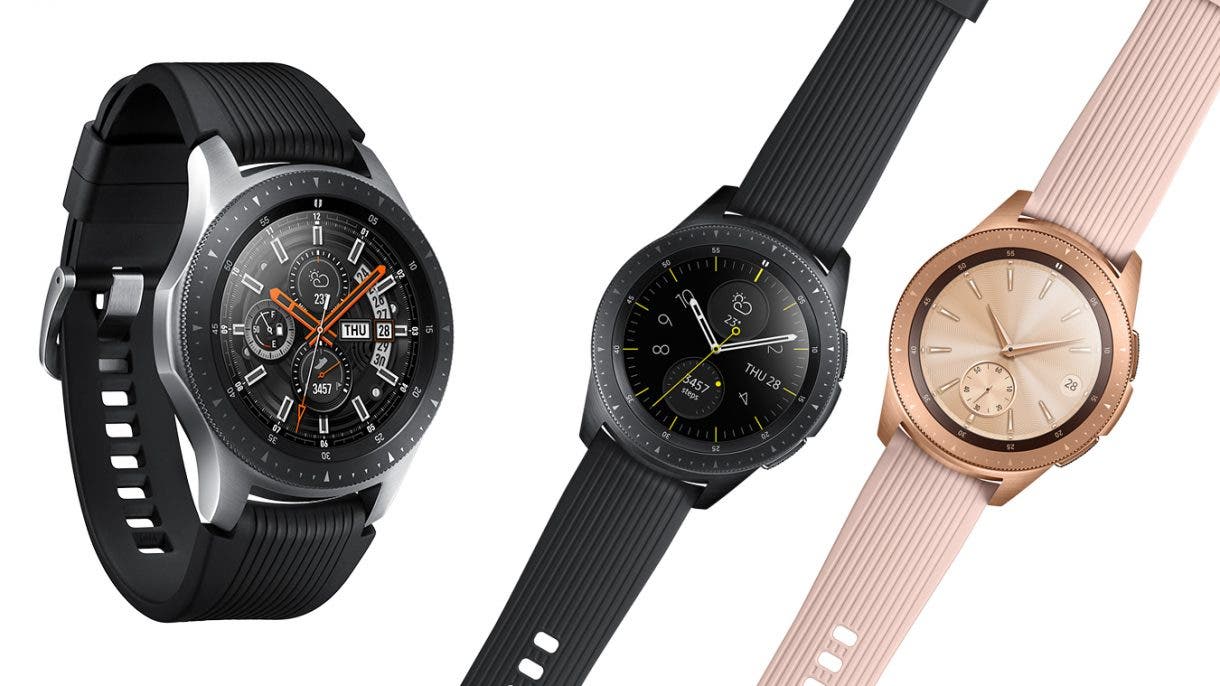 Next Nokia 7 Plus Gets Android 9 Pie Beta Update