360 Mobiles has already sent out invitation letters for the upcoming phone, namely the 360 N7 Pro. We know the new product launch conference will be held on August 21. And today, the company released a new poster to recall only two days have been left and to reveal some information about this device. 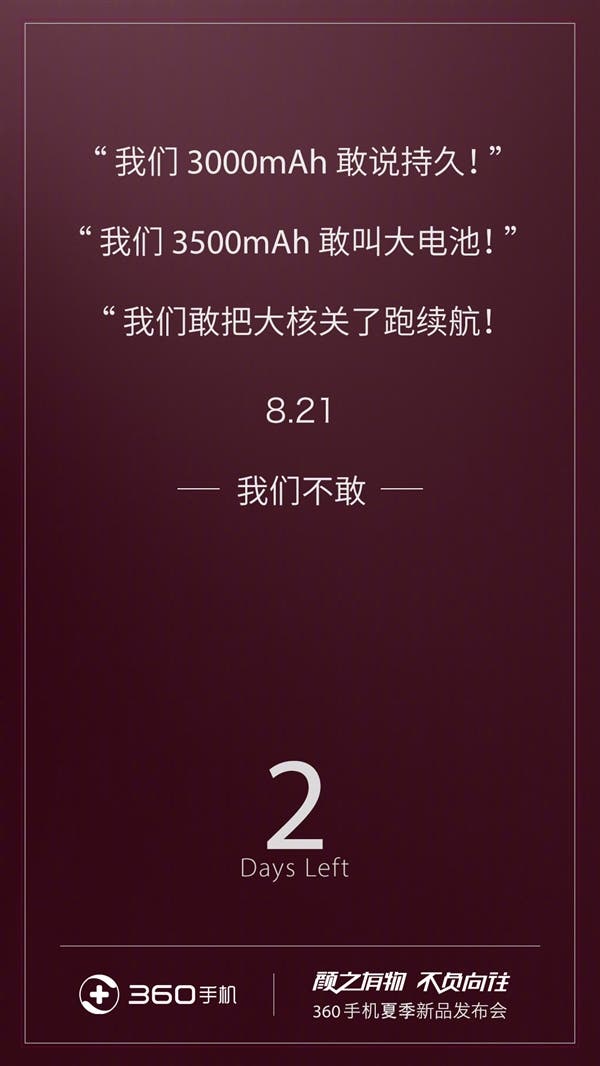 In the poster, the company asks ‘3600mAh. You dare to say that it is a long-lasting battery?’ We know the battery life is the biggest highlight of N series smartphones. Say, the current model, the 360 N6 Pro is packed with a 4050mAh battery, while the 360 N7 sports a 5030mAh. There is no certain information yet, but we think the battery capacity of the 360 N7 Pro will be about 4000mAh. At least, it will exceed 3500mAh capacity.

Apart from this, the 360 N7 Pro is already open for appointment. It will go on sale at 10 AM on August 23 in JingDong Mall. This page also provides some key features of the phone.

The 360 N7 Pro is said to come with a Qualcomm Snapdragon 710 chip, which is based on a 10nm process node, uses Kryo 360 architecture and an octa-core design, and is paired with an Adreno 616 GPU. There should be a 6GB LPDDR4X memory. So its performance scores should reach 170.000 in AnTuTu. In comparison to the Snapdragon 660, it comes with an improved performance and a lower power consumption.

The forthcoming 360 N7 Pro will also come with a full-screen with no bangs, a great camera, and a strong system security.

Next Revealed! Nokia's most awaited phone isn't the Nokia 9