The Xperia line of smartphones from Sony has always been associated with some atypical color options that makes its smartphones stand out, and it doesn’t look like Sony will be giving up on that any soon. We have already seen the upcoming Xperia XZ3 leaked in Silver and black, and now, it looks like Sony will be offering the device in more color palettes: Purple and the Green.

Of the whole color options so far leaked for the Xperia XZ3, the Purple and the Green are the most atypical, even though the green color appears to be a derivative of the Deep Green color of the XZ2. Copper or Pink are common color options for Xperia devices, but we’re yet to see them leak.

August 30 is the date for the official introduction of the rumored Xperia XZ3, and that happens to be the day Sony will host a press briefing at the last major show of the year: IFA 2018. Coincidentally, the time and date on the render leaked above match the August 30, 10:35 AM date and time. 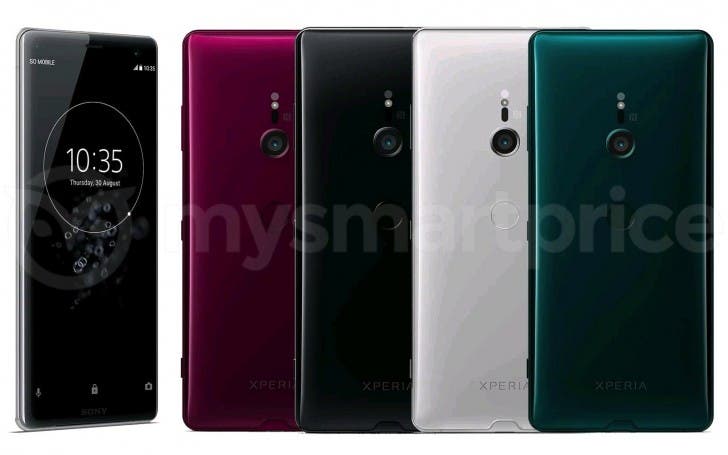 As shown in the render and of course a couple of other leaked renders, the Xperia XZ3 is expected to flaunt a full-screen display with a high resolution, punctuated by a small bezel on the top and a small chin on the bottom, but obviously without the notch on the display. Aside from having no notch, the Xperia is expected to sport a single rear camera aligned vertically with a fingerprint scanner, instead of the trending dual camera setup. However, reports say the rear camera could be a major update over the Xperia XZ2 as it will reportedly come with the newly announced 48-megapixels IMX586 image sensor from Sony.

Full specs as well as pricing info should be unveiled in a few days time, and we promise to bring you timely update.

Next Still Looking for Good Back-to-school deals? Here we have some from CHUWI