A month ago, IDC, a well-known statistical agency, reported that Huawei’s mobile phone shipments surpassed Apple in the second quarter of  2018, ranking second in the world. Today, another agency, Gartner, release its sales volume accessment for Q2 2018 and its result were similar to IDC’s. 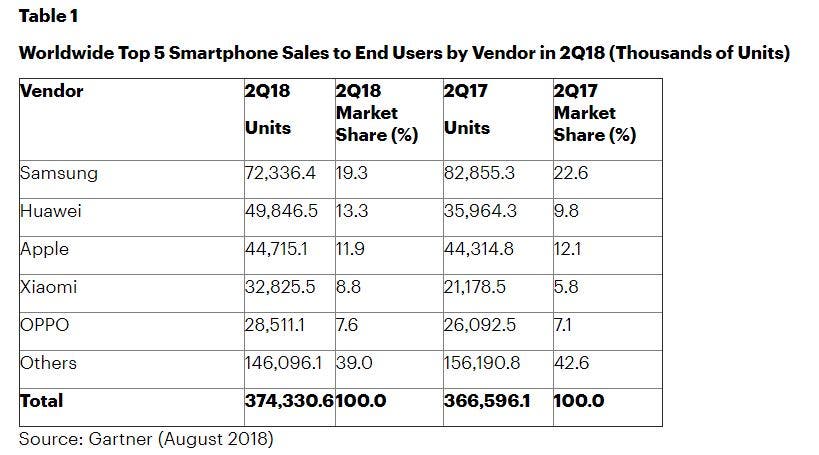 According to the data, Huawei’s mobile phone sales in the quarter were approximately 49.84 million units, up by 38.6% year-on-year, and its market share increased from 9.8% as of last year to 13.3%. Apart from Huawei, we also have Samsung and Apple in the top 3 and both saw a decline in their market share with Samsung falling by about 10 million units (12.6%).

Note that Gartner’s statistics on Huawei’s performance includes the data of sub-brand, Honor. According to the report, Honor has been the major engine room to Huawei’s recent successes. Extending this ranking to top 5, we have Xiaomi in fourth place and Oppo occupies the fifth position. Xiaomi’s sales increased by 55% year-on-year, and its market share increased from 5.8% to 8.8%. In addition, Gartner also showed that the total sales of Android phones in the second quarter is close to 330 million units, with a market share of 88%.