Chinese manufacturing giant, Meizu, is still enjoying the reception of the Meizu 16 series, however, the company is not slowing down in its pursuit for a top place in the smartphone industry. Today, a new Meizu smartphone with model number M872Q appeared on TENAA. Considering that the models of Meizu 16th and Meizu 16th Plus are M882Q and M892Q, the new M872Q is probably the upcoming Meizu 16X. Judging from the photo ID given by TENAA, the smartphone is equipped with an all-metal body and a hidden antenna design, which also has a ring flash. 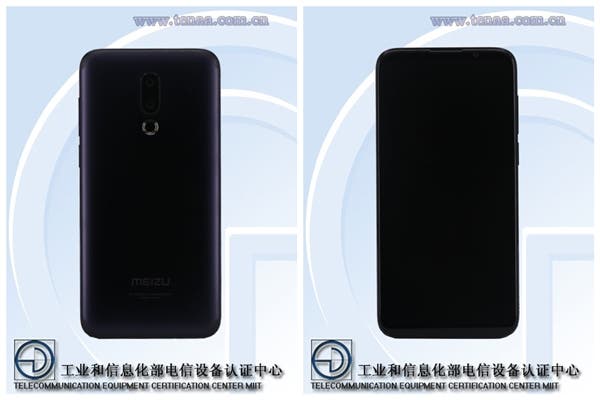 According to the information disclosed by Huang Zhang, the founder of Meizu Technology, the biggest difference between Meizu 16X and Meizu 16th and 16th Plus is that the former is equipped with a Snapdragon 710 processor. Snapdragon 710 is a quasi-flagship chip launched by Qualcomm this year. This chip is based on 10nm process technology. It uses Kryo 360 architecture, eight-core design, with a speed of 2.2GHz and an Adreno 616 GPU. On Antutu, it scored about 170,000.

In addition, Huang Zhang revealed that the Meizu 16X has the same front and rear camera as the Meizu 16th. The rear camera is a Sony IMX380 (12MP) sensor + Sony IMX350 (20MP) shooter which supports optical image stabilization (OIS). This smartphone also comes with an on-screen fingerprint sensor and dual speakers.

Previous Snapdragon 8180 Appears On Geekbench - Its Better Than SD850