The budget Xiaomi Redmi 6, the Redmi 6 pro and the less powerful Redmi 6A look set for Indian launch. The Redmi 6 series, different from the Redmi Note 6 been rumored first launched in China a couple of weeks back and is arriving India soon as teased by the Company’s Xiaomi’s Managing Director for India Manu Kumar Jain.

The event is set to hold on September 5 probably in Delhi. We are not sure if Xiaomi has some other products it would unveil at the event, but, that is, however, unlikely since the company already confirmed it won’t launch the Mi A2 Lite for the Indian market.

Both the Redmi 6 and Redmi 6A in keeping with modern trends features the ‘full-screen’ 18:9 displays, but they are both also devoid of the notch, while the Redmi 6 pro takes it a notch further with the display notch, even though  there is still a sizable chin at the bottom of the front that is not occupied by navigation buttons or a fingerprint sensor. 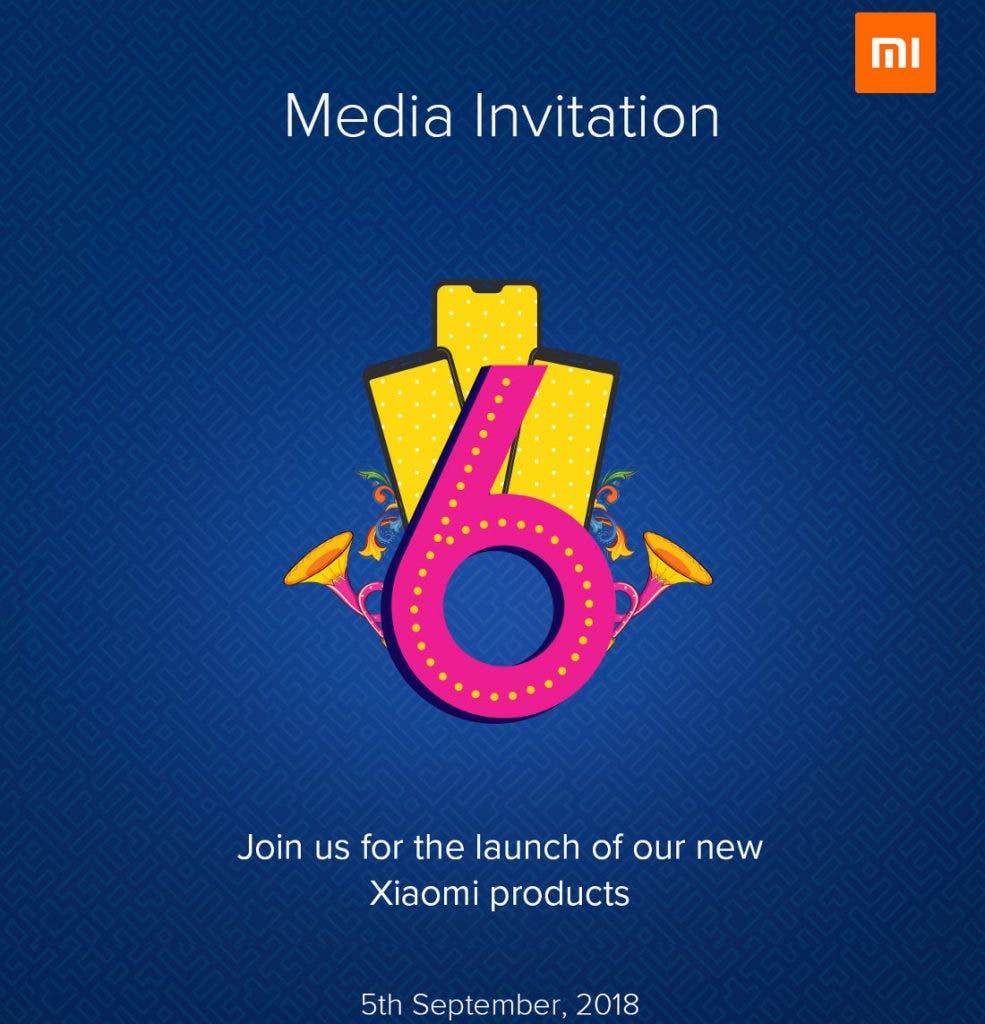 Both the Redmi 6A and Redmi features a 5.45-inch display with 720 x 1440 HD+ resolution and an 18:9 aspect ratio and the Redmi 6A is powered by a MediaTek Helio A11 SoC, while the Redmi 6 ditches that for the SD 425 SoC. You can check here for detailed specs of both the Redmi 6 series.