Next week, Realme will take the wrap off its third smartphone- the Realme 2 Pro at its official unveiling on September 27th. The device has been active in the headlines for the past few days revealing its design and specs, and it appears there won’t be much left to be revealed when the device finally goes official.

Following a recent hands-on image of the device earlier today, the Realme 2 Pro has now surfaced in a Geekbench listing confirming some of its key specs which we already know. According to a new Geekbench listing, the Realme 2 Pro with the model number OPPO RMX1807 will be powered by the SD 660 SoC as earlier revealed by the company’s CEO. Although there are indications the device will have a variant with 6GB RAM, the prototype tested on Geekbench is the 8GB RAM variant running on Android Oreo. 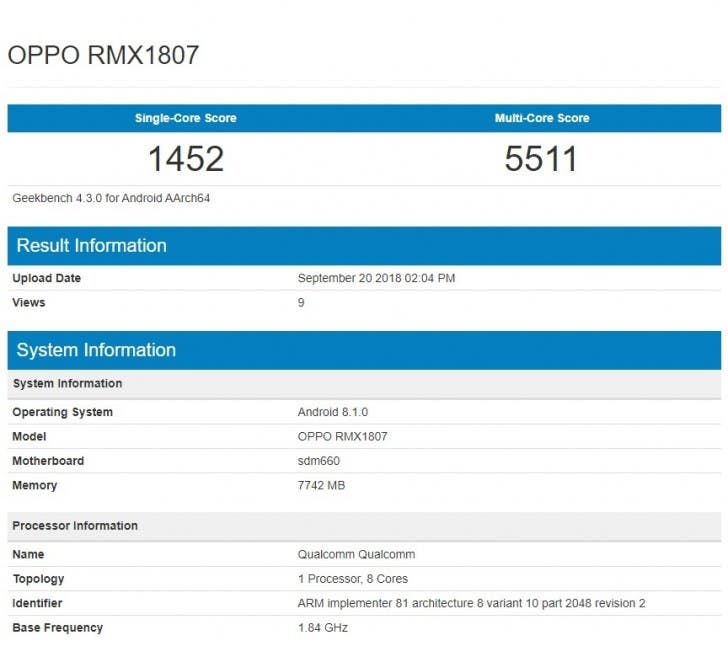 Other than the RAM, and storage info, the live images seen earlier today confirmed that the device will indeed come with a water drop notch, dual rear camera setup, and a rear fingerprint sensor. Other juicy details, as well as pricing, will be made known at the launch event.

Next Samsung's Foldable Phone Wont Have Any Glass Protection