The OnePlus 6T is among the highly-anticipated smartphones that are set to be released in October. The handset is about to follow OnePlus launch agenda and will be released in India on October 17. Multiple leaks and rumors have already surfaced leaving a few to the imagination. Today a set of high-quality renders leaked as a courtesy of MySmartPrice folks. 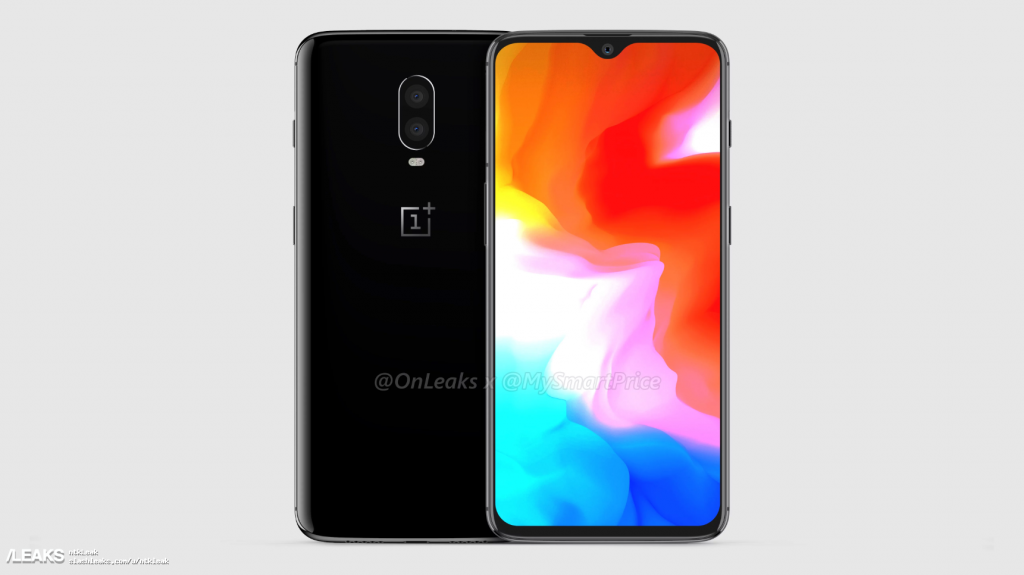 These renders confirm pretty much the previous speculations that the OnePlus 6T will sport a more elegant waterdrop shaped notch. The large 6.4-inch display with 2340×1080 pixels of resolution will have an in-display fingerprint scanner.

This was confirmed by the fact that the rear fingerprint scanner from OnePlus 6 is nowhere to be seen in these 6T renders. Worth noting that OnePlus itself confirmed the debut of the in-display scanner in the upcoming flagship.

Previous rumors pointed to the presence of a triple-camera setup on the OnePlus 6T. However this never got confirmed, and these leaked renders show a dual-camera setup, that should be the same present on OnePlus 6.

Under the hood, the handset is expected to boast a Snapdragon 845 paired with either 6GB or 8GB of RAM. The internal storage should be divided into variants with 64GB, 128GB, and 256GB.

The handset will see the light of day on October 17, a day after Huawei’s event. Don’t forget to set a reminder for that date and keep tuned for more details.