During the last week, Huawei took the wraps off its Mate 20 Series in London, now to celebrate the launch the company erected a large, digital version of the classic puzzle game “Rubik’s Cube.”

The idea is to showcase how smart is the NPU (Neural Processing Unit) which boasts the Huawei Mate 20 Series AI. Thanks to this new NPU the handsets are capable of resolving calculations in small time, at a low energy cost. 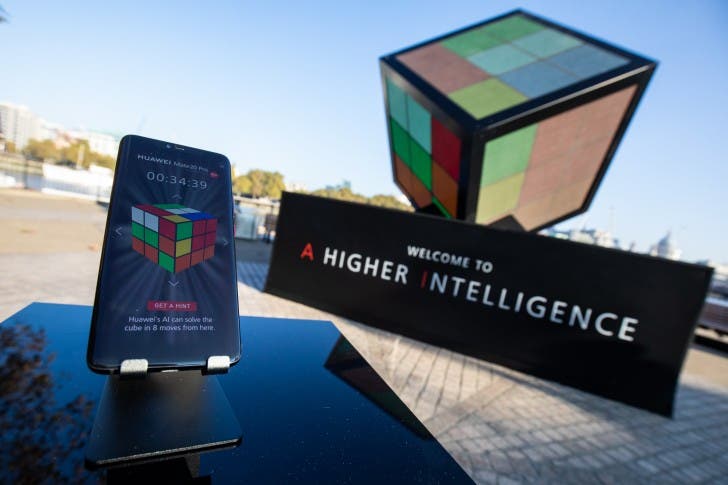 In order to solve the puzzle, a player needs to dock the Huawei Mate 20 Pro in front of the giant Cube. “Each move is passed through the AI model and algorithms to give the user hints of what move is the best to be done.

“Puzzle cubes have caused debate amongst mathematicians for decades, with numerous theories about the most efficient way to solve them. We’ve been able to use the sophisticated AI in the Huawei Mate 20 Pro to offer players something interactive and intelligent.”

If you’re passing by London for any reason you can try to check Huawei’s experiment on the South Bank of London. While this is a neat example of Huawei’s NPU, we are more interested in how the AI will work in daily usage, and if it will finally live to be considered more than just marketing.