Have you noticed anything strange in the Twitter profile image of Samsung Mobile ? If you have not been there recently, do it now because Samsung has changed its profile image for a new one in which the letter “S” folds over itself for half the word.

As you may have guessed, this means that the Korean giant is preparing to present its first folding smartphone.

Samsung has monopolized many news of the last years regarding its folding device, but this time it seems that the company is really going to launch it. We have recently read how the flexible screen will look like, and in a few days, we could definitely see the official launch. 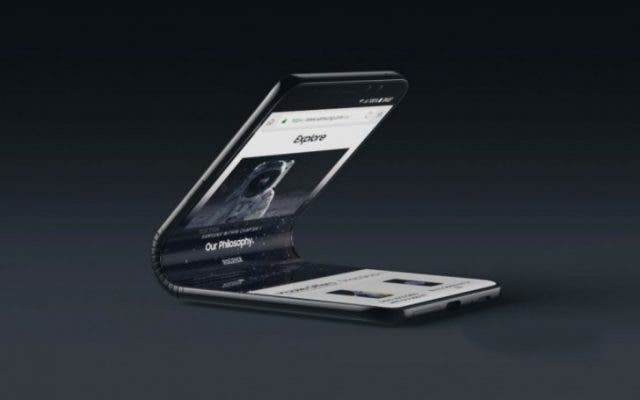 The device is expected to be presented at the Samsung Developers Conference that begins on November 7 in San Francisco. If the latest rumors are true, it will be commercially launched at the beginning of next year.

The Samsung foldable smartphone will be called Galaxy F and will carry the model number SM-F900U. According to some reports, the Korean giant has partnered with Google to create a customized and adapted version of the Android user interface, especially for its folding device.

The phone is expected to be available worldwide, the SM-F900F and SM-F900N models have also recently been filtered. These two models are aimed at different markets around the world.

The Samsung folding smartphone will include an OLED screen with a 3000mAh battery. Being folded, it will show a 4.6-inch OLED screen that can be used as a normal smartphone, but the surprise comes when you unfold it and enjoy a 7.29-inch screen.

It will be much thicker than usual smartphones, and your battery consumption will also be higher due to its larger screen.

Samsung will begin mass-producing Galaxy F devices this month and will produce around 100,000 units a month. It could be launched at MWC 2019, next year, with a very high price.

Previous Motorola One Power will soon be rocking Android Pie