China is the biggest market in the world. So it’s quite logical to see an uncompromising struggle there. In this battle, the Chinese manufacturers have some advantages. The latest report that refers to the Chinese smartphone market for the Q3 2018 showcases Huawei is an absolute leader. We knew this before. But what’s more interesting, the gap between the first and second places is quite obvious. 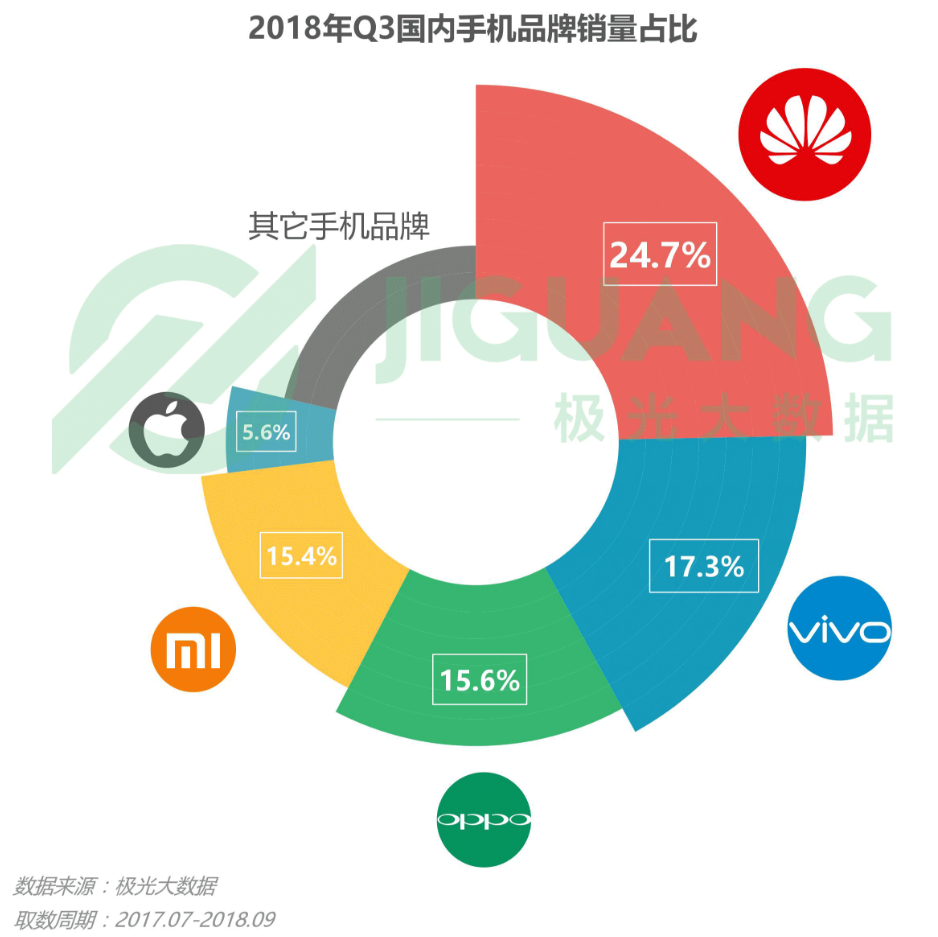 First, the Aurora Big Data report shows that Huawei has a 24.7% of the market share in the third quarter of this year. It is followed by VIVO, which has a market share of 17.3%, OPPO with a 15.6% market share, Xiaomi with a 15.4% of market share, and Apple with a 5.6% of market share. Thus the Cupertino-based company is the only company that is capable of making competition for Chinese manufacturers. But it is worth noting that iPhone sales have declined for three consecutive quarters. After the launch of the series, sales are expected to pick up this quarter. 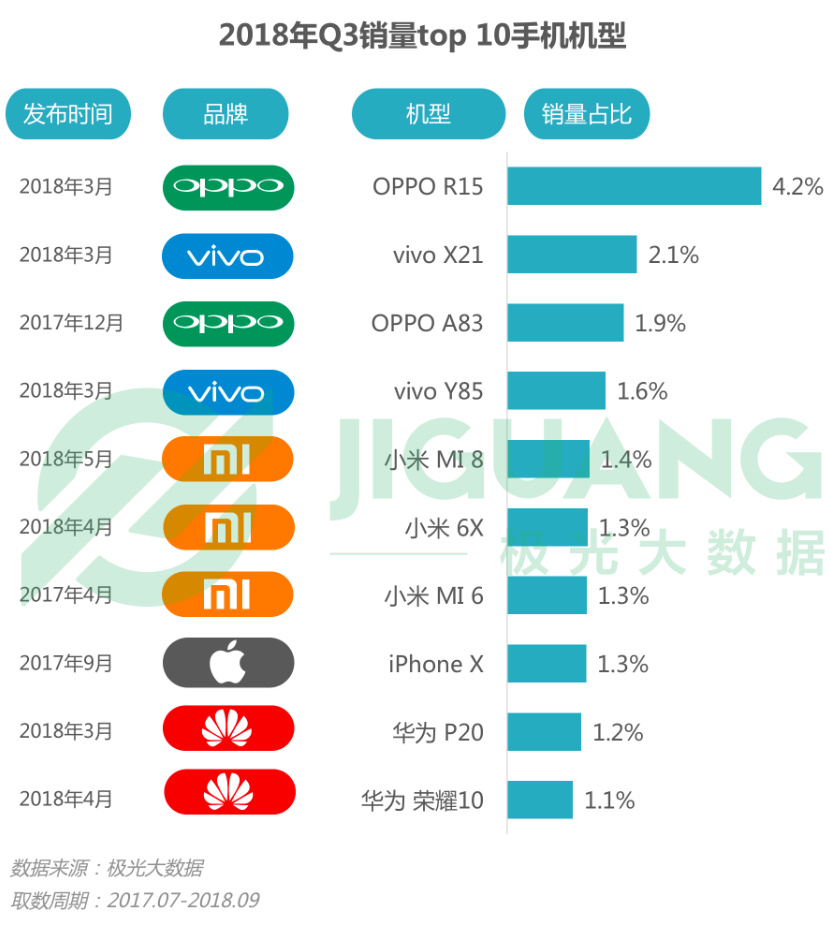 It’s also quite interesting to take a look at the performance of separate models. Recently, all Chinese smartphone manufacturers came in with amazing smartphones, including the Xiaomi Mi MIX 3, Huawei Mate 20 series, Lenovo Z5 Pro, OPPO R17 series, VIVO X23 series, and so on. In this sense, OPPO and VIVO have achieved outstanding results. The OPPO R15 and the VIVO X21 have achieved a sales volume of 4.2% and 2.1%, respectively. Moreover, the third best-selling smartphone in China in the Q3 2018 is considered to be the OPPO A83, while the fourth position is occupied by VIVO Y85. Next three models are the Xiaomi Mi 8, Xiaomi Mi 6X, and Xiaomi Mi 6. The iPhone X is only the 8th. The Huawei P20 and Huawei Mate 10 are the ninth and tenth, respectively.