In its annual conference for developers, Samsung introduced its new range of Infinity screens with small notches: Inifinity-U, Infinity-V, Infinity-O and the New Inifinity.

It is rumored that the first device to arrive with an Infinity-O type panel in which the notch is a small hole for the front camera will be the Galaxy A8s, which is expected to launch in December.

However, it seems that Huawei could get ahead in the use of this type of screens as the company prepares to announce a phone with an almost identical appearance next month.

A new teaser image shows a Huawei full-screen smartphone with a circular cut-out on the front, which looks like Samsung’s “Inifity-O” technology screen. The report says it could be a new member of Huawei’s Nova series.

We will have to wait to see who is the first to present a new smartphone with the ‘O’ notch type next month. 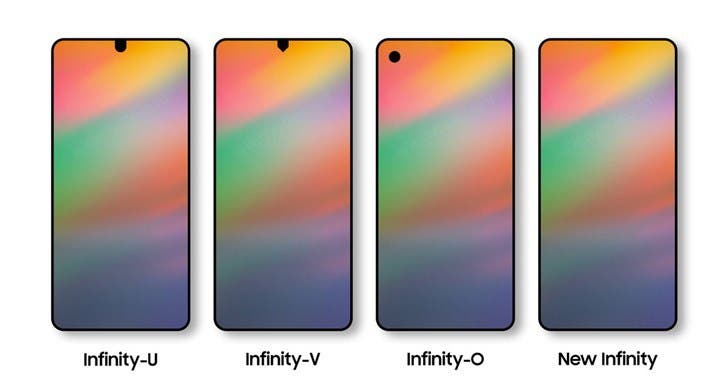 Rumors suggest that the Galaxy A8s will feature Snapdragon 660, although it could also come with the new Snapdragon 670 or 675 alongside with 6GB of RAM and 128GB of storage and a triple rear camera configuration.

There is a possibility that the smartphone will be exclusive for China initially then it will reach other markets later. It is not known when it will be available but it may not take long.