Today, Nokia announced on its official Weibo handle that the Android 9 Pie update has been officially released for Nokia 7. Those who needs this update will have to search for system updates today between 12:00-17:00 Chinese time. 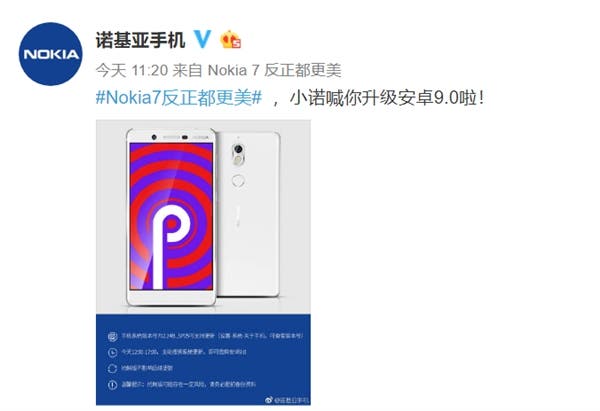 After the launch of the new Android 9 system, HMD Global promised that all its Nokia phones will adopt this new system. Prior to this, Nokia 7.1, Nokia 7 Plus and Nokia 6 (2018) have received the latest Android 9 Pie update but the Nokia X7 and Nokia 8 have not received the update. The release of this update for Nokia 7 undoubtedly surprised many Nokia 7 users. According to netizens’ upgrade feedback, this update supports dual-telephone dual VoLTE functions and supports high-definition voice calls. It also added the native Android’s horizontal screen function, which is more convenient to use. 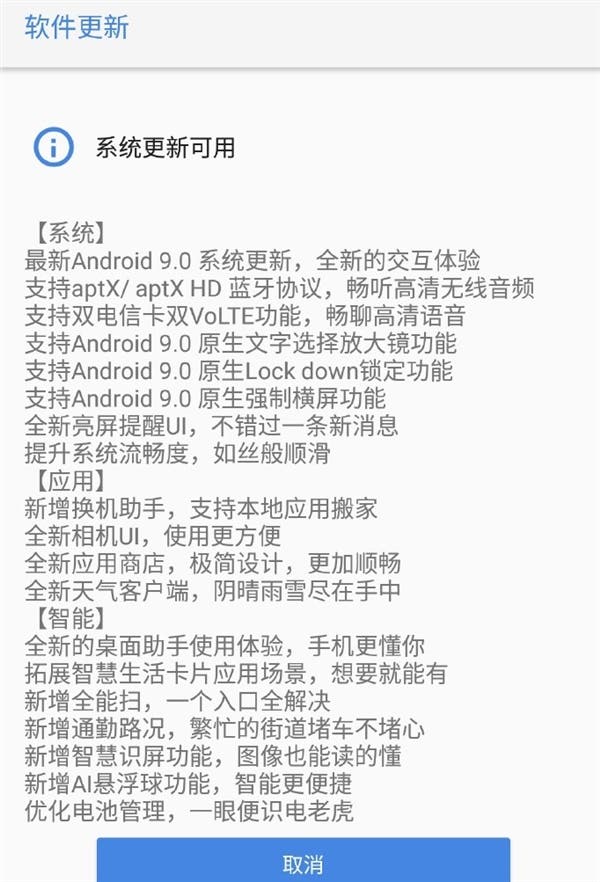 In addition, the app store has been optimized to be more streamlined with its minimalist design. In terms of function, the Android 9 Pie adds the AI suspension ball, which is much more convenient for the full-screen operations. It has also been optimized in battery management, which will save a lot of power compared to the previous systems.

Previous Banned iPhones may have no legal way back