A source from Weibo, that has recently been leaking information from Sony, for quite some time, decided to publish today some new details about the company’s upcoming high-end camera sensor. The Sony’s 38MP IMX607 will be a powerful sensor and is expected to debut with Huawei’s upcoming P30 Pro. 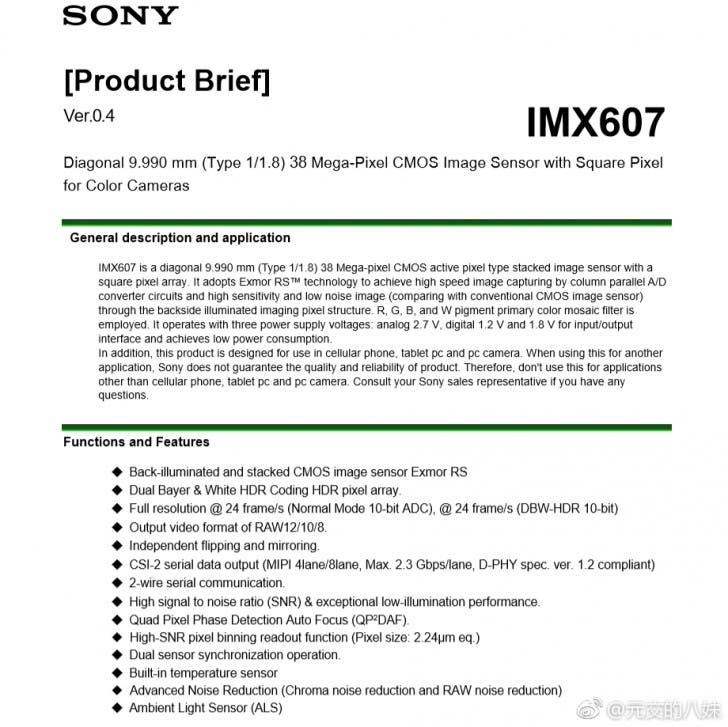 Last year, Huawei P20 Pro was released featuring an IMX600, while the IMX607 seems similar, it adds some important features to the overall package. Aside from the standard RGB pixels, the new sensor will come with an array of white pixels. Furthermore, the sensor will opt for Dual Bayer with a white HDR Coding array in counterpart to the Quad Bayer technology of its predecessor.

The IMX600 featured in Huawei’s P20 series uses two of the color pixels for long exposure and two for the short exposure. Dynamic range is achieved by the combination of them. The IMX607 technology will allow the camera to capture more light, with better sharpness and detail without the need for an additional monochromatic sensor. Sony’s upcoming sensor will also Quad Pixel Phase Detection Auto Focus. 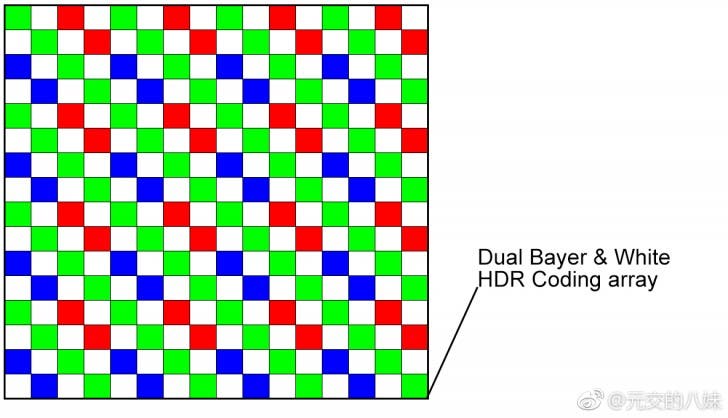 Other specs include high-SNR (signal-to-noise ratio) in order to capture pictures that are rich and smooth in details, even on dark environments. IMX607 also boasts chroma noise reduction, built-in temperature, and ambient light sensors. The leak explicitly says that this sensor was made with night time in mind, so it will count with a native ISO of 50/500/5000.

While these leaks seem accurate, we can’t confirm if they are the real deal. Also, there’s no guarantee that the Huawei P30 Pro will be the first smartphone featuring this sensor. But it’s a strong possibility.

Previous Smartphone shipments expected to decline by 3% in 2018, will return to growth in 2019

Next Huawei P Smart get leaked by French retailer, Kirin 710 and teardrop notch in tow