The first official sale of OnePlus 6T McLaren edition went on sale two days ago. Now, we have the sales data for this smartphone and it is astonishing. This premium device sold out within 60 seconds on Jingdong and won the best performing smartphone award on JD.com for the week. Today, OnePlus officially announced that OP6T McLaren customized version will be on sale at 10:00 am on December 25th. 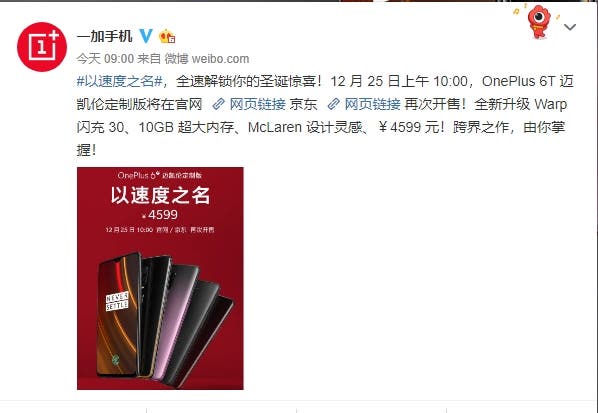 OnePlus 6T McLaren edition was released in Shenzhen on December 14th. This version uses carbon fiber texture with a  multi-layer coating process and McLaren classic racing design on the rear. We also have the “McLaren” logo and a couple of ultra-fine stripes just like a super sports car. This smartphone emphasizes “speed” because a sports car is fast. 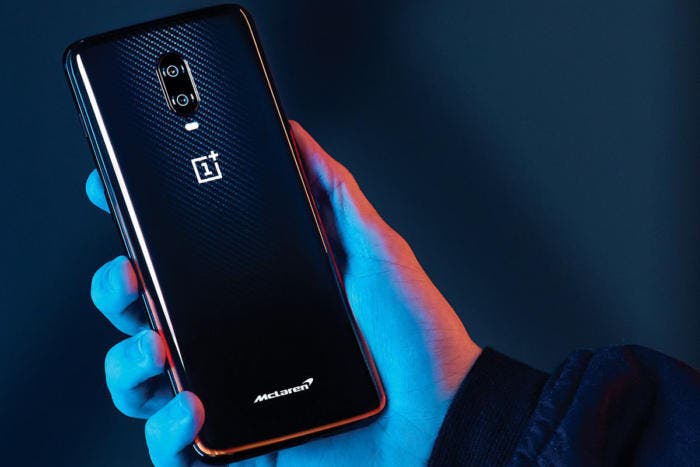 Looking at the main configuration of this smartphone, the OnePlus 6T McLaren edition uses a 6.41-inch waterdrop screen with a display resolution of 2340 × 1080. It is powered by a Qualcomm Snapdragon 845 processor coupled with 10GB of RAM and 256GB of internal storage. In the camera department, we have 16MP+20MP dual rear camera which is supported by another 16MP from shooter for selfies. The lights of this smartphone are kept on by a 3700 mAh battery which supports the upgraded Warp flash charge.