Not the first though, Sony did it back at the 2013 MWC using 196 units of the Sony Xperia ZL smartphones, Turkish home and professional appliances manufacturing company Vestel achieved a similar feat using 504 units of the Vestel Venus V3 5570 devices, Xiaomi has just displaced both companies after using 1008 units of the Xiaomi Mi Play  to form a Christmas tree pattern thereby setting a new Guinness World Record.

The Christmas tree of about 8 meters long provided high-speed internet connectivity to the customers at the launch hall, which also became the biggest hotspot in Beijing on Christmas Eve, said the company. 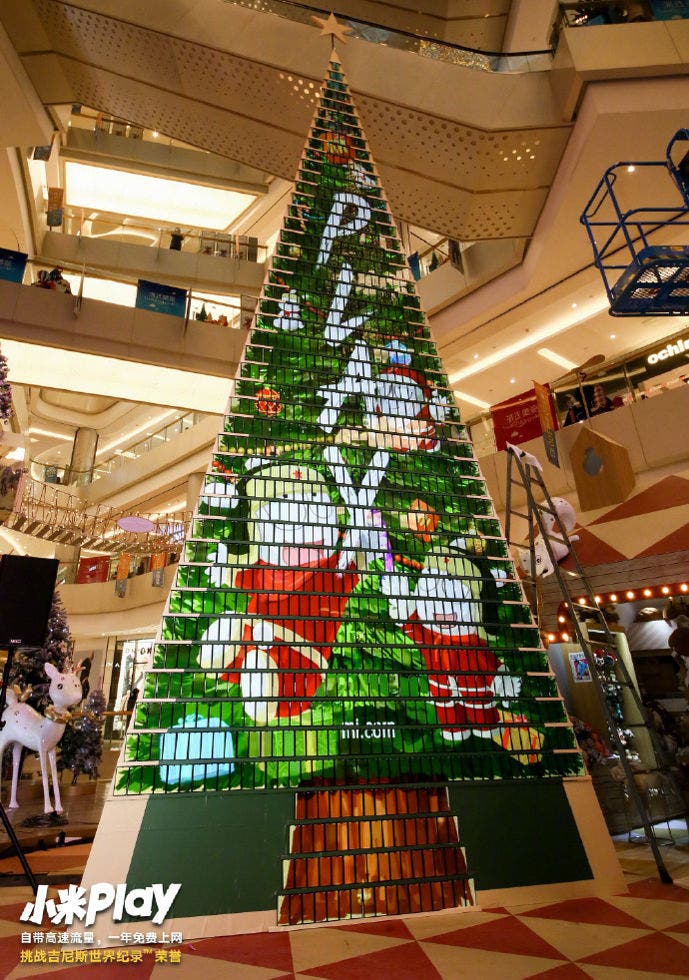 Xiaomis CEO while commenting on the feat said work on the Mosaic started at 4:00 AM and was completed at around 4:00 PM, while the actual preparation took about two weeks. He further stressed that its greatest challenge was connecting those phone’s screens into a matrix and ensuring that all the smartphones are 100 percent in sync.

What do you think of Xiaomis latest Guinness World Record title? Let us know in the comments below. You can also check out the Xiaomi Mi Play details here.