In December of 2018, Lenovo announced the Z5 Pro GT, which is basically a beefed up variant of the Z5 Pro launched a couple months back. The GT model does indeed come with a more powerful Snapdragon 855, while the original Z5 Pro “only” packed a mid-range Snapdragon 710 SoC.

Well, it appears as Lenovo is keeping their promises, at least partially, as the handset just showed up on benchmark website GeekBench, confirming that the handset will be powered by Qualcomm’s new CPU.

As we can see in the image below, the Lenovo Z5 Pro GT with the name code L78032 managed to get 3284 score in single-core mode and 10237 in multi-core score, which is what we expect from the next gen processor. 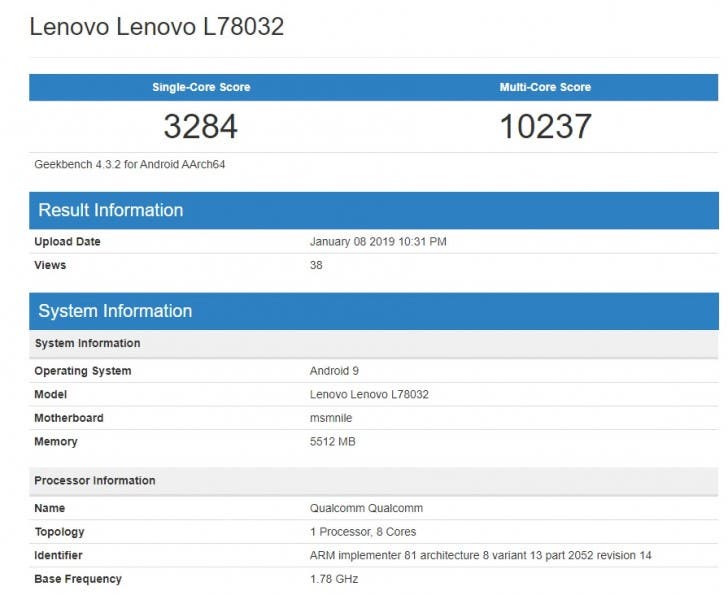 What’s surprising and the reason we called it “partially kept promises” is the amount of RAM we can see on the benchmark. If you check out the image you indeed notice it says 5512MB of RAM (actually 6GB) which is lower than what Lenovo had promised, they did indeed claim the smartphone would have at least 8GB of RAM and up to 12GB.

Now, does it mean there’s no 8GB variant on the way? Not really. But if we’ve learned anything from previous Lenovo claims, that 12GB model is probably never seeing the light of day.

What do you guys think? Do you agree with us? Let us know down below!