On December 18 last year, the Lenovo Z5 Pro GT version was announced. The phone is equipped with the Snapdragon 855 mobile platform and said it will be packed with the world’s first 12GB LPDDR4x 4266Mbps memory. This handset has appeared on GeekBench and various benchmarks for a few times. Today is no exception. As this device has begun spotting in GeekBench so frequently, there is every reason to think it’s actively being tested and we’ll see it in the nearest future. 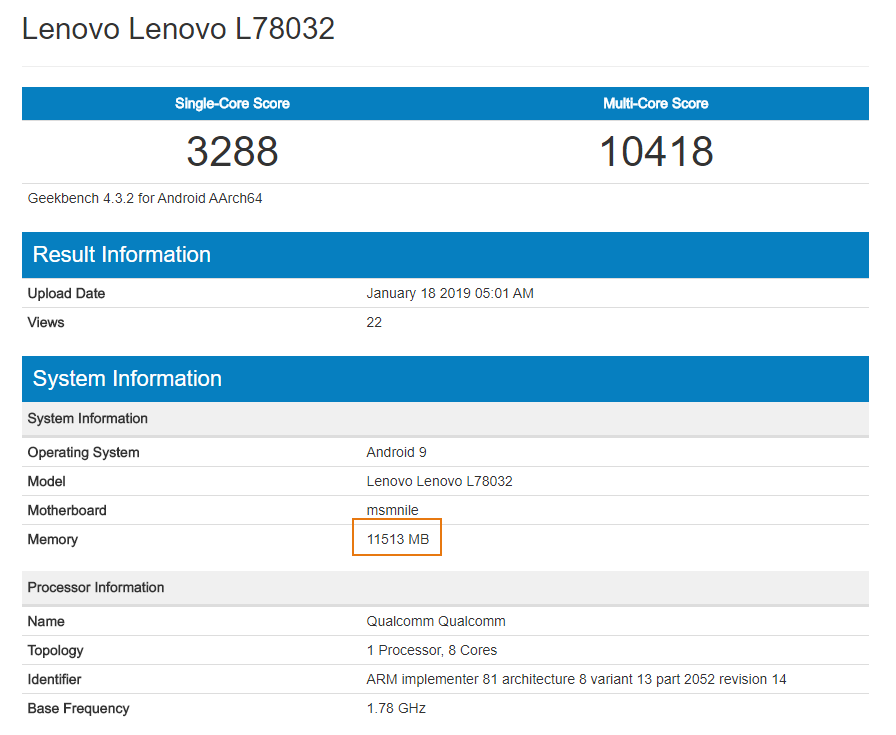 According to the Geekbench database, there were 7 running points for the Lenovo L78032 device, put on January 18. All these data refer to the Lenovo Z5 Pro GT version. What’s more interesting, this smartphone was also tested on January 10. But unlike the latter, the one tested for several times on January 18 comes with a 12GB RAM. 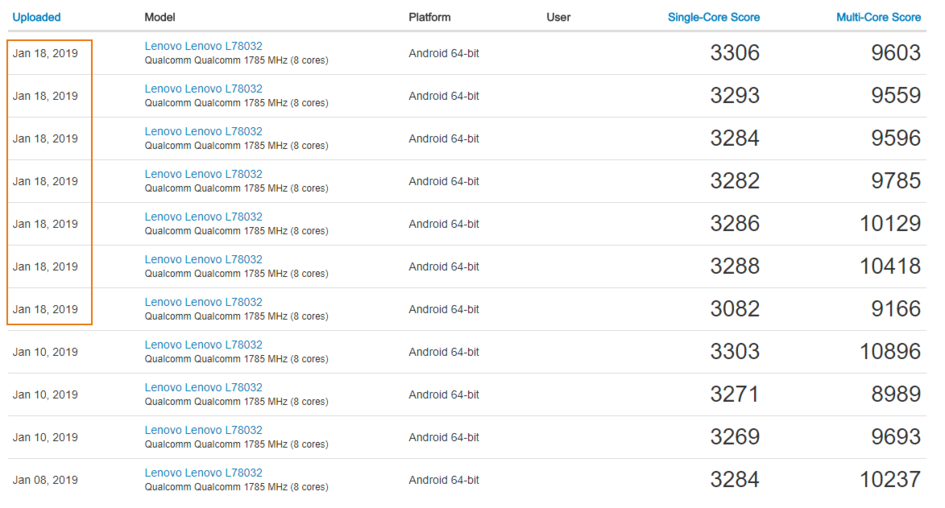 Well, the Lenovo Z5 Pro GT was officially announced, and it’s going to be one of the first devices with a Snapdragon 855 chip onboard. Originally, it was scheduled to open appointment and go on sale on January 24. But due to some reasons, these data was pushed to January 22 and 29, respectively.

Next DOOGEE Y8 Most Affordable Waterdrop Notch Phone on Sale