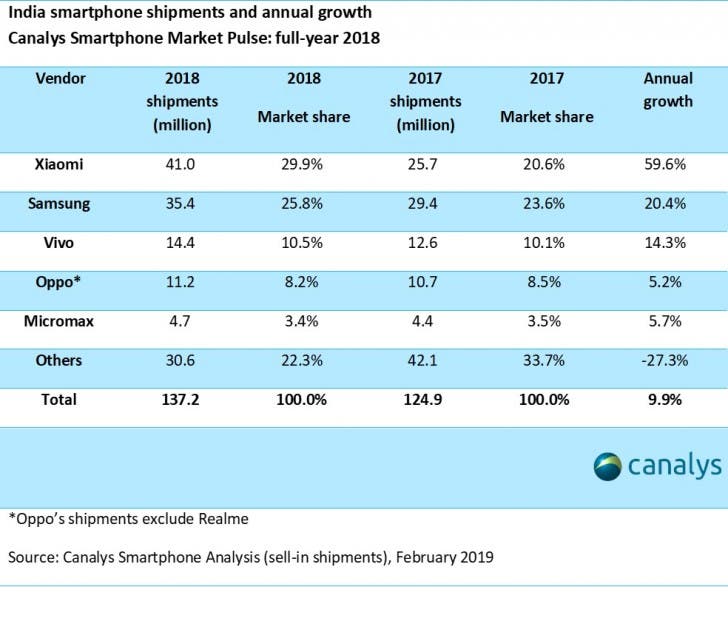 Looking at the year past, Xiaomi still tops the Indian market with a market share of 29.9%, selling 41 million smartphones. Samsung, vivo, Oppo, and Micromax completes the top 5 ranking with a market share of 25.8%, 10.5%,8.2%, and 3.4% respectively. Two notable names missing from the list is Huawei and Apple which fall under the “others” category. Oppo’s value excludes Realme since the company needs to be treated as a separate entity thus Realme’s performance also falls under the “others” category.