While talking about a possible global version of the Mi 8 Explorer, there is already some reports about the Xiaomi Mi 9 Explorer Edition. Lin Bin, president of Xiaomi, had already mentioned the existence of this version, but now we also have the first unofficial image. And in these photo we see a smartphone similar to its predecessor, but with a new feature. 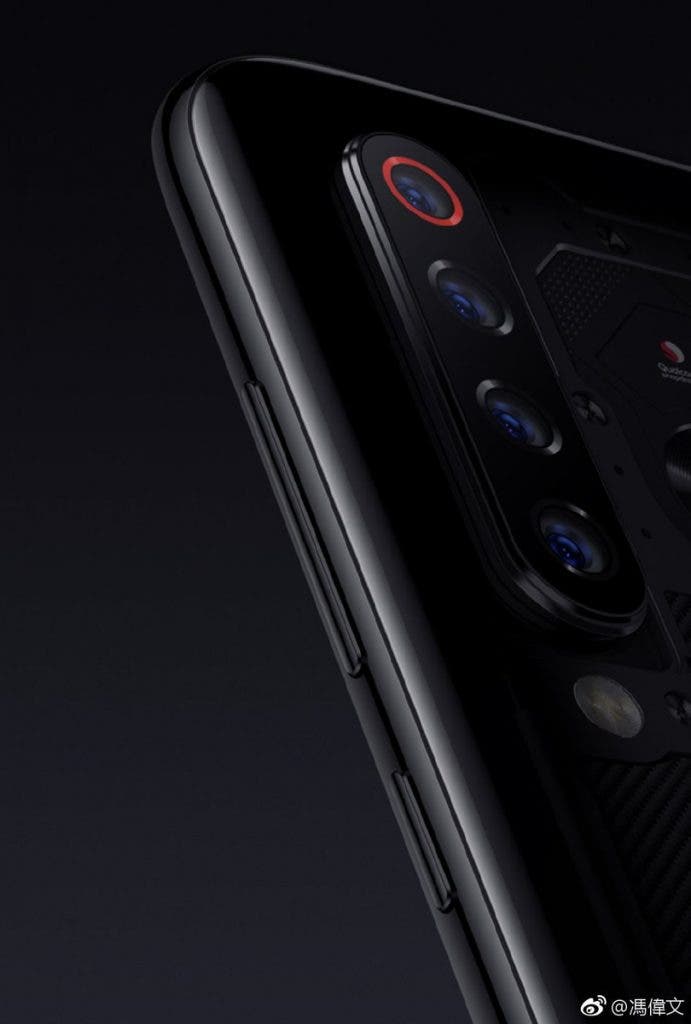 If on the Mi 9 we will find a triple camera, on Xiaomi Mi 9 Explorer Edition we should instead have a quad camera. Among other things, as seen on the Mi 8 EE , even here we will find the red circle around the first sensor and the transparent back cover.

And if you compare the two phones, you can see that the transparency part of Mi 8 is different from that of Mi 9. This means that, most likely, it is not a fake image. For the moment there is no more information on Xiaomi Mi 9 Explorer Edition, except that it should be unveiled to the public next February 20, alongside with the standard variant.

It is worth to mention that Xiaomi believes that the Mi 9 will be the most beautiful and strongest Xiaomi device in the company’s history. The company also revealed that there will be a special edition case and after releasing the images, netizens loved the design of the case and asked about the availability of this case.