At the beginning of the week, the Chinese giant had published a video showing its CEO Lei Jun and the brand ambassador Wang Yuan chatting about the new Xiaomi Mi 9. During the conversation Lei Jun had confirmed that Mi 9 it will be a very powerful smartphone that can count on a total of four cameras : a triple rear and a front for selfies.

A few hours ago the same two protagonists appeared in a new video and this time the CEO officially confirmed that the Mobile Platform Qualcomm Snapdragon 855 will be under the body of Xiaomi Mi 9. 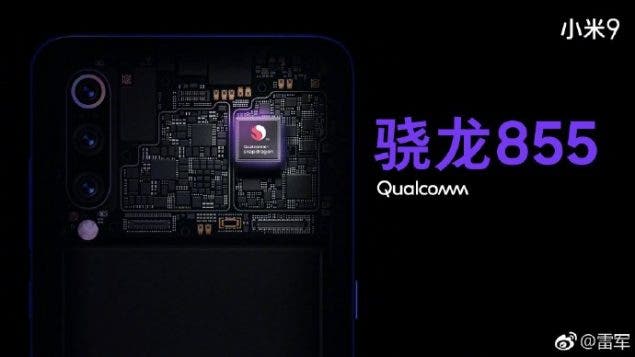 This official confirmation comes after several reports that recently had talked about Mi 9, known internally with the code name “Battle Angel”, as one of the most powerful smartphones of the year. Among other things, the new flagship of Xiaomi is likely to be the first smartphone with Qualcomm Snapdragon 855 to officially land on the Chinese market.

In the latter video chat with the brand ambassador Wang Yuan, Lei Jun also confirmed that the new top of the range will be a very colorful device. In this regard, just yesterday we showed you a series of beautiful renderings of the special Blue and Purple colors of Mi 9, made using a holographic process with nanoscale laser, with a double layer paint to complete the work.

If until now, most of the rumors and official confirmations were about the standard model, which will still be the one intended to make the most important numbers in terms of sales, the rumors about Mi 9 Explorer Edition are certainly not missed.

Yesterday, for example, a leaked render began to circulate on Weibo, which shows the Mi 9 Explorer Edition with four rear cameras and as was to be expected, it caused quite a stir.

Xiaomi co-founder Wang Chuan has stated that he has been using Xiaomi Mi 9 Explorer Edition for some time and that there is no smartphone that is more powerful anywhere in the world. The manager of the Chinese manufacturer also said that the device has a camera more than the standard model, thus confirming the authenticity of the leaked rendering yesterday, and that fans will be pleasantly surprised.

In short, Xiaomi Mi 9 looks like a smartphone very powerful and particularly inspired by an aesthetic point of view and Mi 9 Explorer Edition will further raise the bar. We just have to wait a few more days to officially get to know all the details.

Next Official Galaxy S10 Series Dimensions leaked : they will be compact and thin