The Mi 9 Fingerprint scanner was teased today by Xiaomi officials and we have new details. They are no strangers to in-screen fingerprint technology. Though a little late to enter the market with the Mi 8 Explorer edition , Xiaomi has proved that they have a good handle on the technology.

So with the Mi 9 we can expect one of the best Fingerprint scanners in the market. Unlike the prototype they teased earlier , we still see a small circular sensor. From the picture we can make out its comfortably placed in the bottom third of the display. The Exploded view also shows us the camera underneath. 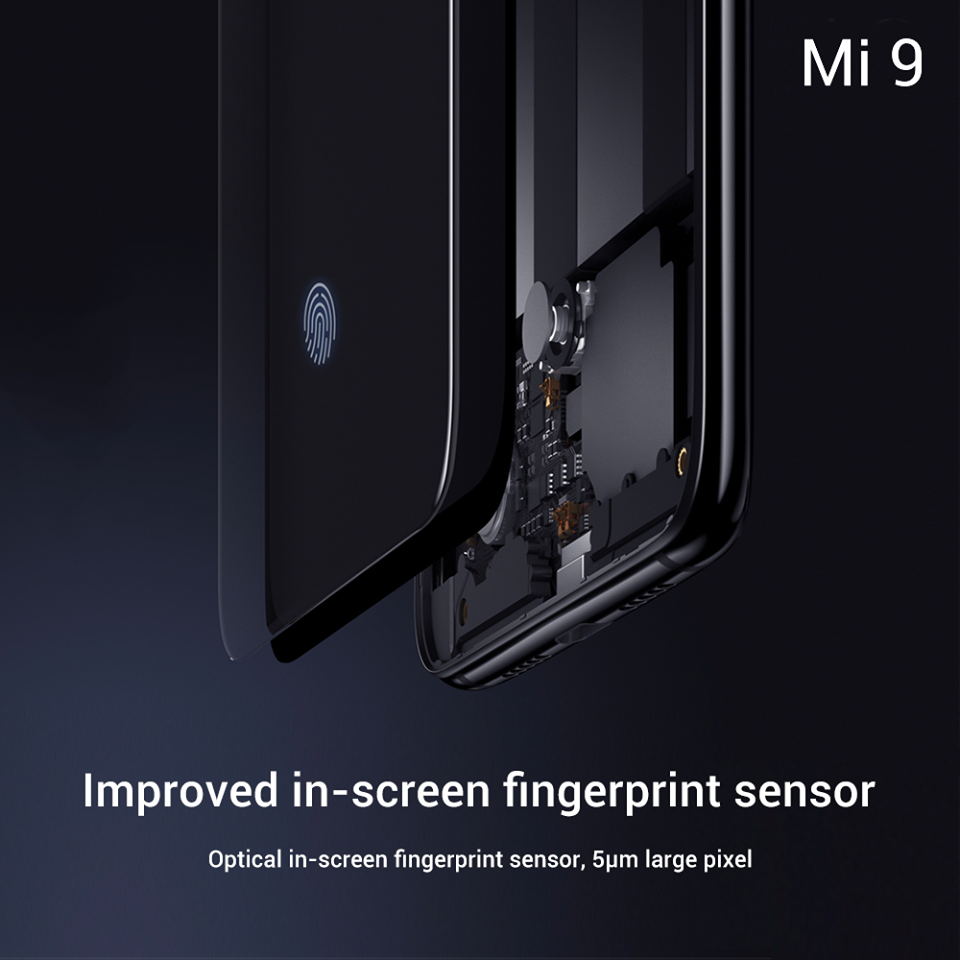 The scanner essentially works just like an ordinary camera. Once the finger is placed on the display , the AMOLED panel surrounding the scanner lights up illuminating the finger. The in-screen camera snaps a picture and verifies the fingerprint.

The The Mi 9 Fingerprint scanner has a Large 5μm pixel size. Compared to the Primary camera of the Mi 9 which has comparatively tiny 1.6μm pixels. The larger size means that it can collect more light information. This is probably the reason the scanner is still small in size.

Other than the Fingerprint scanner we also get a gist of the internals. Due to its comfortably high position on the screen the battery seems to have taken a hit. We have not seen Xiaomi say any details of the battery yet.

Previous Xiaomi Mi 9 might start at around $370, reveals a leaked image

Next Xiaomi Mi 9 new camera technology explained, how does it work?