Remember when 64GB of Storage was a premium thing in smartphones? And the market advertisings of smartphones supporting up to 2TB microSD cards sounded like something really distant? Well, the day has come, and now smartphones are able to have as much storage as a mainstream notebook or PC. Today, both SanDisk and Micron revealed the first 1TB microSD cards to the world.

Both companies decided to share the good news today during this year’s MWC in Barcelona. Micron advertises its 1TB microSD card as the world’s first commercially available card, but SanDisk claims that their alternative will be the fastest one. 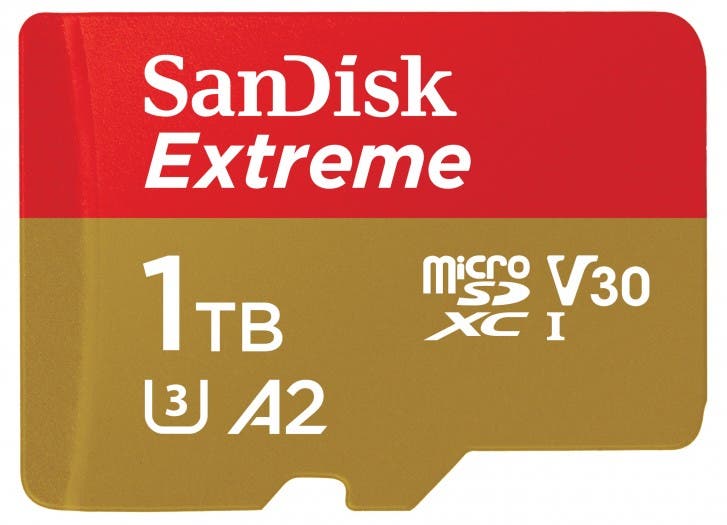 The massive amount of storage will allow you to store a nearly infinite amount of pictures, hours of 4K video recording, a ton of GBs of Multimedia content and much more. It’s like having the same storage possibilities of a Laptop in a smartphone. However, despite the fact that Writing and Reading speeds of this microSD are fast, they won’t be on par with modern SSDs that are present in the more expensive computers. Micron reaches a peak read speed of 100 MB/s versus 150 MB/s in the SanDisk microSD. When it comes to maximum write speeds, the SanDisk reach 90 MB/s, while Micron beats it with 95 MB/s.

SanDisk 1TB microSD card will be available from April for around $449 while Micron’s solution still hasn’t got its price revealed. It’ll probably arrive during late Q2 of 2019. There are a ton of possibilities with this amount of storage in your smartphone, but if you aren’t a heavy multimedia customer, you will probably pass it for the next few years, especially with the premium price tag.