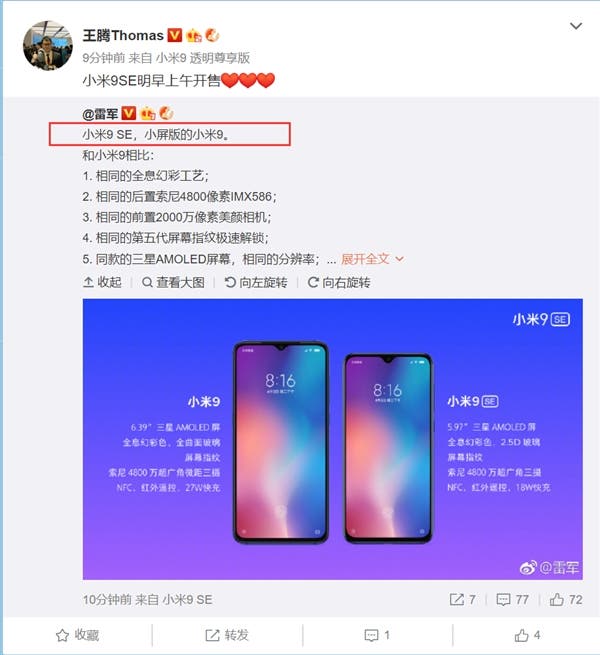 The smartphone is a small screen flagship which uses a 5.97-inch display, officially it is the same size as a traditional 5.1-inch mobile phone which makes one-hand operation easy and without pressure.

Next Lin Bin: Xiaomi is working hard on the production of the Xiaomi Mi 9