Today, Chinese manufacturer, Vivo, commenced appointment for the upcoming vivo X27 on its official mall. This smartphone is expected to be released on March 19 which is just over a week from now. Just a few hours after the official commencement of reservations, this smartphone already had 288,557 reservations which means that this device is quite popular. 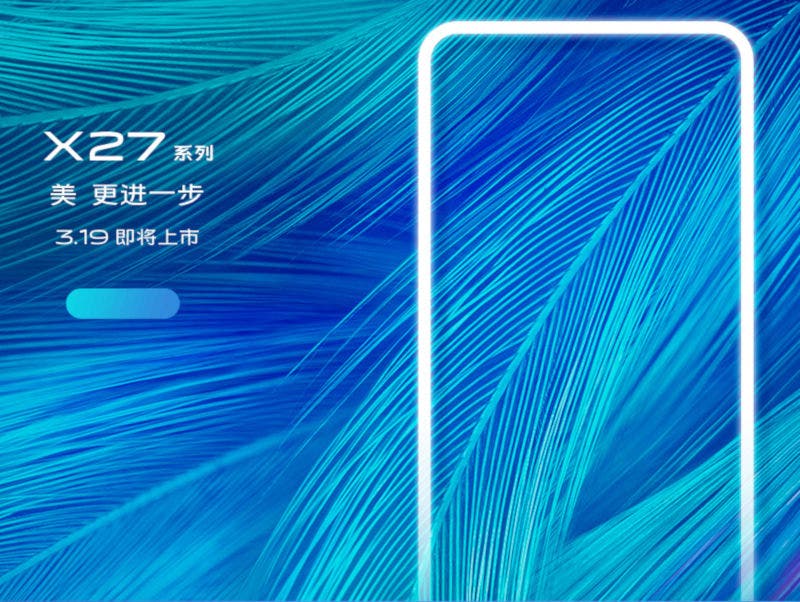 The vivo X27 uses a glass material, a colorful body, a triple rear camera setup, and a front pop-up single camera. Recently, a new vivo smartphone dubbed v1829 appeared on TENAA and it is believed that it is the X27.  According to the TENAA listing, the vivo X27 is equipped with a 6.39-inch 2340 x 1080 resolution AMOLED screen. The display has a 91.6% screen-to-body ratio and this smartphone should be available in blue and pink colours (there could be more).

As for the configuration, the v1829 is equipped with an eight-core processor clocked at 2.2GHz. It is suspected to be the Qualcomm Snapdragon 710 SoC. In the camera department, this device comes with a triple rear camera setup which includes a 48MP + 13MP + 5MP configuration. The details of the 48MP camera (Sony IMX586 or Samsung GM1) are not known for now. To give this device more appeal, vivo also includes an on-screen fingerprint sensor. On AnTuTu, this smartphone which runs on Android 9 Pie out-of-the-box scores about 170,000.

Next Lu Weibing: Expect another Redmi product at the Redmi Note 7 Pro Conference