The Huawei P30 Pro, its non-pro variant and the lite variant have consistently been subjects of multiple leaks in recent time. With the Huawei P30 Lite in the mix, Huawei is continuing its strategy of offering its flagship features to a wider audience, with a noticeably lower price tag than the P30 Pro and the vanilla P30.  The P30 Lite was spotted on Geekebench a while ago, and the numbers were quite expected, and now, we have a record of the Huawei P30 Pro – the most premium member of the duo on the Geekbench database.

A Huawei device with the codename VOG-L29 supposedly the Huawei P30 Pro has been spotted on Geekbench running Android 9 with an eight-core processor – the Kirin 980 and 8GB of RAM. The scores could be anyone’s guess given that the same SoC already featured in the Mate 20 released back in 2018, so the performance scores should lineup with last years Mate 20. 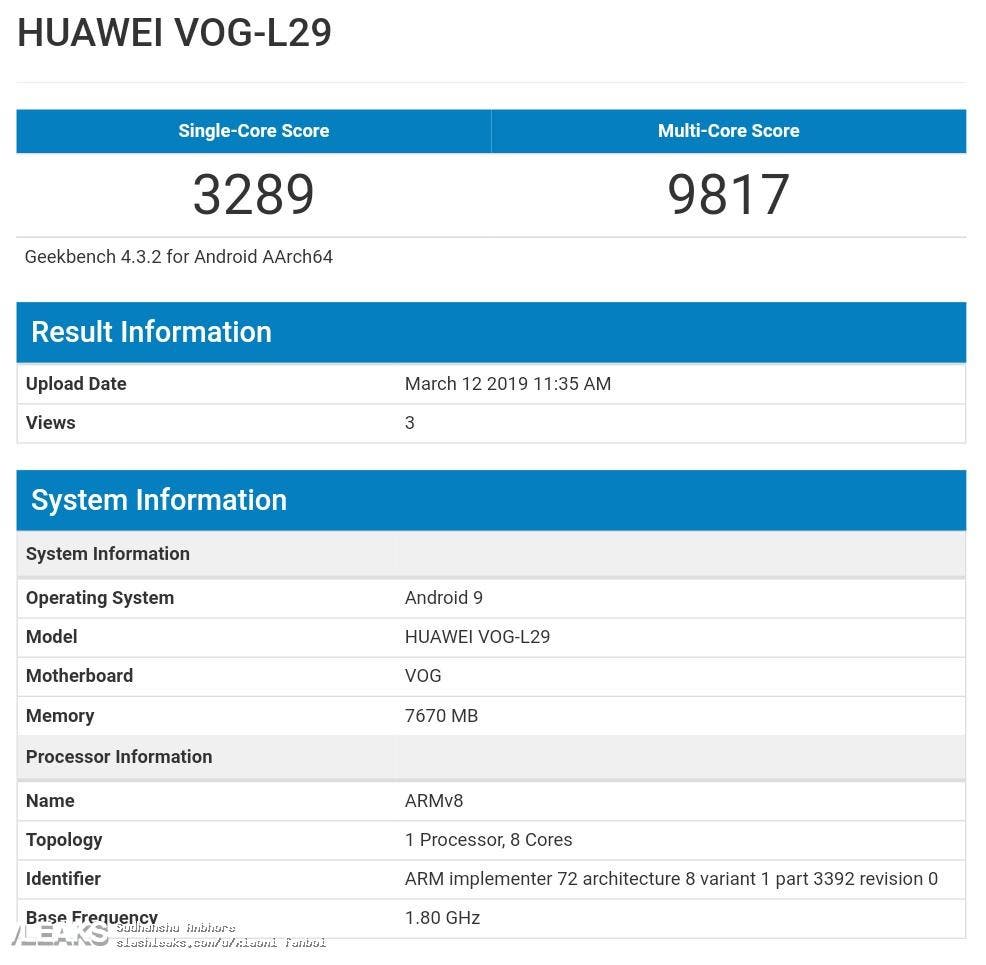 The chipset managed to return a single-core result of 3289 and a multi-core score of 9817. Both these scores fell short of devices from its main rival – the Snapdragon 855-powered Galaxy S10+, for example, boasts of  11,000 multi-core points and single-core ones of around 3,500 points, while the variant with the homemade Exynos 9820 is capable of over 4,000 single core points and maintains the multi-core numbers at around 10,500.

Whether or not final hardware and software optimization could make a lot of changes remains to be known. Huawei will unveil the P30 family on March 2 in Paris.

Next Bunch of discounted Bluetooth headphones from Gazechimp