The Huawei P30 official launch is almost upon us. But ahead of the official debut happening on March 26 in Paris, France, the Huawei P30 lineup has to clear all the pre-release hurdles, and following the appearance of the P30 Pro on the Geekbench database yesterday, the same device has today been  benchmarked at AnTuTu, confirming a few specs as well as its performance rating.

Expectedly, the listing reveals the device will boot Android 9.0 Pie, while it also reiterates the presence of the firms  Kirin 980 chipset coupled with 8GB RAM and 256 GB of storage. And while we had love to see a shift from last years resolution to a QHD or 4K panel, the listing further says the P30 Pro will retain its predecessor FHD+ OLED panel with a tall aspect ratio. 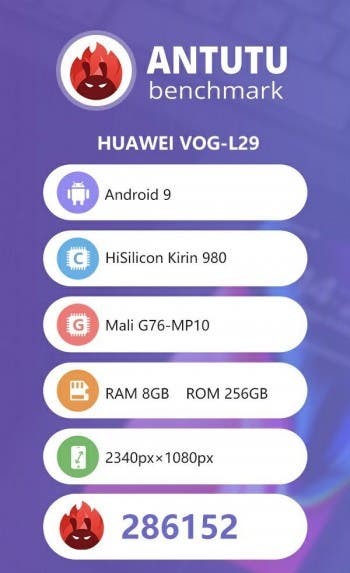 The Huawei P30 Pro appeared on the Geekbench database hours ago, putting forward a lackluster performance, at least in comparison with current crops of flagship devices. Although we may want to believe the actual performance will be way better than the current scores, given that the test was done on a pre-production unit.

Next Analyst: Fewer people now search for iPhones in China