Last night Huawei released the P30 Pro smartphone boarded, which is the world’s first Leica-labeled quad-camera device. Due to the powerful hardware as well as optimized software, this amazing smartphone topped DxOMark list. Now the first three positions of this platform are occupied by Huawei models. Honestly, the Huawei P30 Pro is a perfect handset not only in terms of camera but also in other aspects. So it’s quite logical millions of users were wondering whether it has surpassed the previous leader (Mate 20 Pro) so easily, and began ‘attacking’ the DxOMark page. As a result, it went down. But there are other smartphone manufacturers that know how to make a smartphone with powerful shooting as well. Samsung is among them. And today, it officially went up against this company. 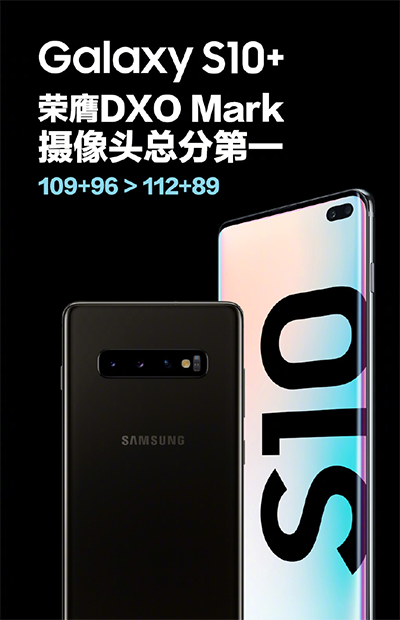 Today, Samsung published a poster through its Weibo channel. The poster shows the DxOMark scores of the Samsung Galaxy S10+ for the main camera and the front-facing shooter. As you can see, the total score of this smartphone exceeds that of the Huawei P30 Pro. So Samsung proudly says that its flagship takes better photos with both the front-mounted and rear-mounted cameras rather than the much-praised Huawei P30 Pro.

The P30 Pro ranks first with points of 112 + 89 for the rear camera and front camera, respectively. The Samsung Galaxy S10+ got 109 points for the back camera and 96 points for the front camera. As you see, the total score is great than that of the P30 Pro. So in some sense, Samsung could answer Yu Chengdong’s provocative phrase that ‘Samsung Galaxy smartphone can’t shoot the Galaxy.’ 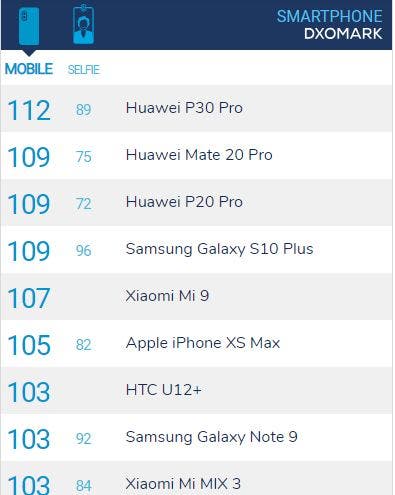 Next Xiaomi posts another video of its foldable smartphone