Today, Xiaomi and Line Friends released a couple of products which are actually special editions of Xiaomi’s pre-existing devices. Most notable is the Xiaomi Mi 9 SE Brown Bear Limited Edition. The Brown Bear logo is customized at the rear of the phone and also at the fuselage. We also have a 99 yuan ($15) special edition power bank and a suitcase (399 yuan/$60). This special edition come with 6GB+128GB and it will sell for 2499 yuan ($372) on April 9. 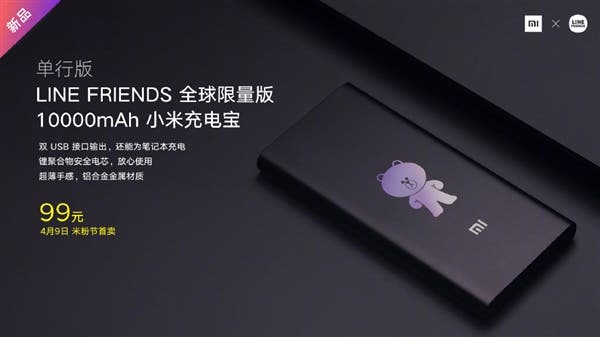 The Xiaomi Mi 9 SE Brown Bear limited edition is consistent with the standard version but for the modifications in its design and theme. It comes with a 5.97-inch small display which is one of the highlights of this smartphone. It is designed for folks who fancy small display. 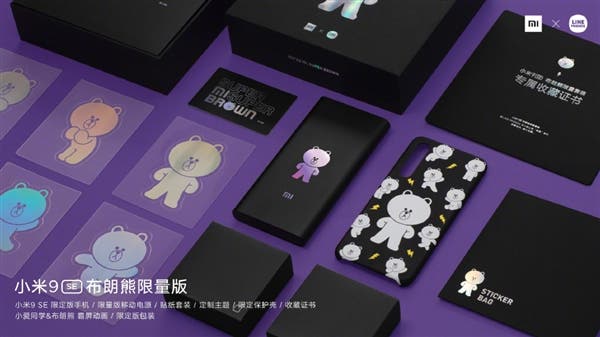 In the core configuration, the Xiaomi Mi 9 SE Brown Bear Limited Edition is identical to the standard version. It uses a 5.97-inch Samsung AMOLED water drop screen with a 90.47 screen ratio. It is the first Qualcomm Snapdragon 712 mobile platform and it is equipped with a 20MP front camera coupled with a triple rear camera setup (48MP+8MP+13MP). It has a 3070 mAh and runs the MIUI 10 system based on Android 9 depth customization. 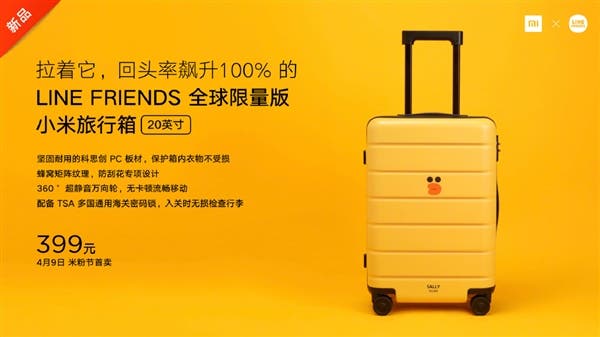 More importantly, the Xiaomi Mi 9 SE is equipped with the fifth generation on-screen fingerprint sensing technology. According to the official introduction, the unlocking speed is faster, the success rate is improved and it is more convenient.