AnTuTu’s ranking of the fastest Android phones for the month of March is out with Xiaomi still making waves with its recently unveiled Mi 9. While the Mi 9 claimed last February top spot dethroning the Nubia Red Magic Mars, a change that wasn’t unexpected, given that the Mi 9 has the SD 855 humming under its hood, the device has now given way for its sibling – the Mi 9.

The monster VIVO IQOO – a new entrant to the list with its 12GB RAM and 256GB storage clinched the third position with an average score of 365,430, while the duo of the Galaxy S10+ and Galaxy S10 secured the fourth and fifth place with  359,987 points and 359,217 points respectively. The IQOO and the S10 duo are based on the SD 855, so it is not surprising seeing them on the list. 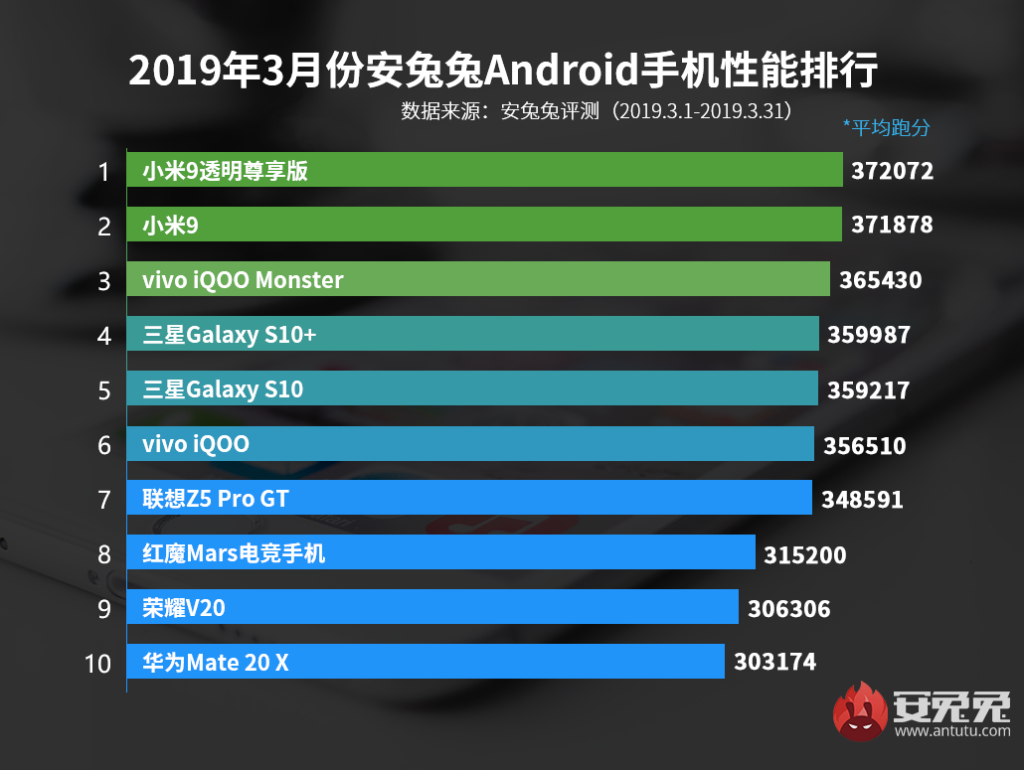 VIVO again makes an appearance on the list with the standard IQOO which still is based on the SD 855 occupying the 6th place with 356,510 Antutu scores, while the  Nubia Red Magic Mars with the Snapdragon 845 chipset under its hood finds itself in the eighth position, Honor V20 in ninth, and Honor Mate 20X in the last spot.

A few devices based on the latest SD855 and some on the HiSilicon Kirin 980 SoC are just arriving, so sure are to see some dislodgement in the April report from AnTuTu.