Xiaomi has teased its dual foldable smartphone twice in recent times, even if that be in two very short videos. And while there are no official release dates for it, a new leak suggests that the MIX 4 will be Xiaomi’s next foldable phone. Four new high-end handsets appeared on Alipay’s smartphone rental page in China today. The four devices were OPPO Reno, Huawei P30, Mate X, and the MIX 4. Now, Xiaomi has previously posted a teaser (albeit very subtle) of the MIX 4 so we know that it’s coming. 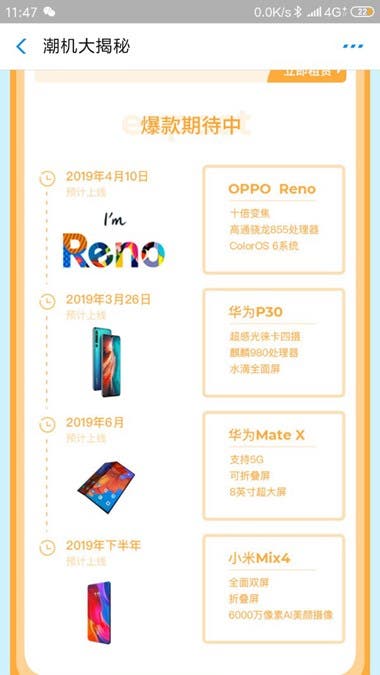 There’s neither any leaked info nor official hints about the looks of the MIX 4 but this Alipay page spotting hints at a dual foldable display for the MIX series. Also, a 60MP camera might also be there, as the writing in the image suggests, and a launch expected to be in the second half of 2019.

Now, the MIX series has always been at the forefront of everything new and innovative that Xiaomi wants to do. And it’s possible that the company’s first foldable smartphone could be introduced in the same series. However, it is also important to keep in mind that it is too early to jump to conclusions. Xiaomi’s foldable smartphone is also expected to launch in the second half of 2019 and reports have suggested that it could cost half of Samsung’s Galaxy Fold asking price.

Next Why PC Shipments Data For 2019Q1 Differ at Garnter and IDC?