The OnePlus smartphones have been among the top models in recent years. So it’s logical why users are eagerly waiting for the next-gen handset. The OnePlus 7 will be launched on May 14. This has been announced officially. Seems it is a bit late when compared with the launch dates of its competitors. But Liu Zuohu has said for a few times that they don’t want to make a phone in a hurry. In this sense, everything is quite acceptable. But this also means the OP7 should bring many innovations and come with a number of advantages to compensate for the ‘delayed release’. Today’s news makes us stay positive.

Today, OnLeaks said via Twitter that there will be at least two OP phones, namely the OnePlus 7 and OnePlus 7 Pro. (By the way, we have heard there will be three models.) According to the source, the original model will sport a 6.4-inch drop screen and a 48MP dual-camera on the back, while the OnePlus 7 Pro should feature a 6.4-inch curved screen, a pop-up front camera, and a three-camera on the back. The latter will consist of a 48MP lens, a telephoto lens, and a super-wide angle lens.

Previously, Ishan Agarwal said on Twitter that the OnePlus 7 Pro will sport a 2K resolution Super AMOLED screen with a refresh rate of up to 90Hz. In addition, it will come with the 30W WARP fast charge inherited from the previous McLaren version, a 4000mAh battery, a USB 3.1 interface, and stereo speakers. 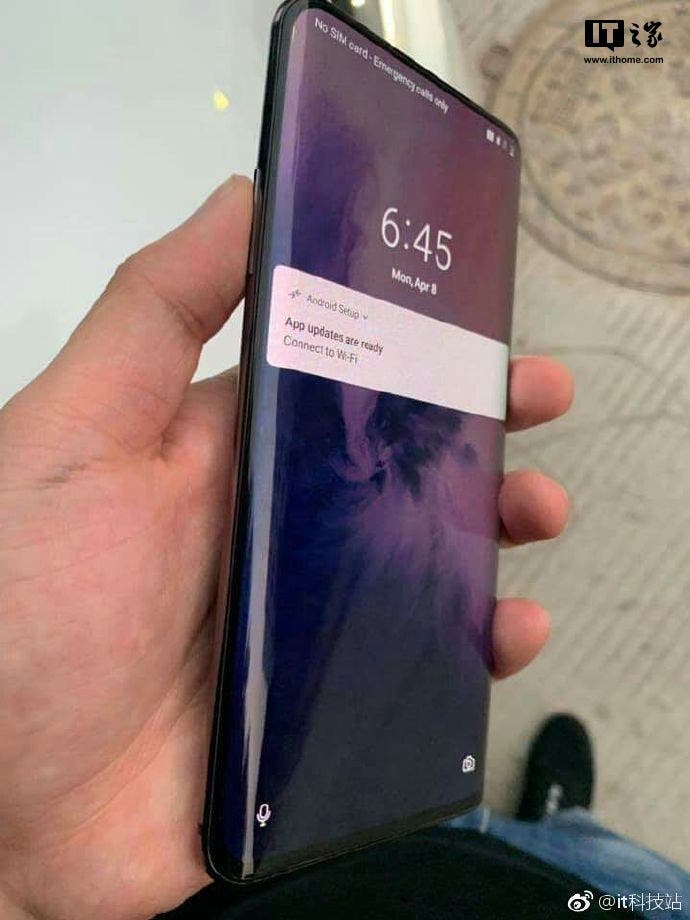 At last, there have been a few leaks showing photos of the alleged OnePlus 7. But we still have not got anything official. So it’s better to wait a little longer.