Recently, Xiaomi Malaysia official Twitter released a short video advertisement with uncomfortable content, which caused controversy among netizens. The short video content is about the derailment of the male lead. In the video, the protagonist is chatting with a female counterpart while he is on his bed and the female asked him “Hey, handsome, is it free tonight?”. He responded and said, “I’m always free for you”. His response was not the advert target but the fact that he was typing with two hands (he had to pull out his right hand to enable him to type properly). Xiaomi Malaysia official then said: “Naughty boy, he should’ve tried using Xiaomi 9SE.” 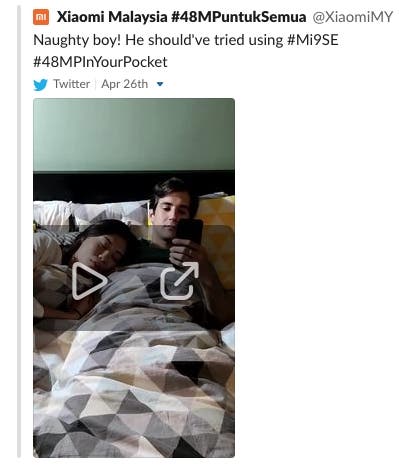 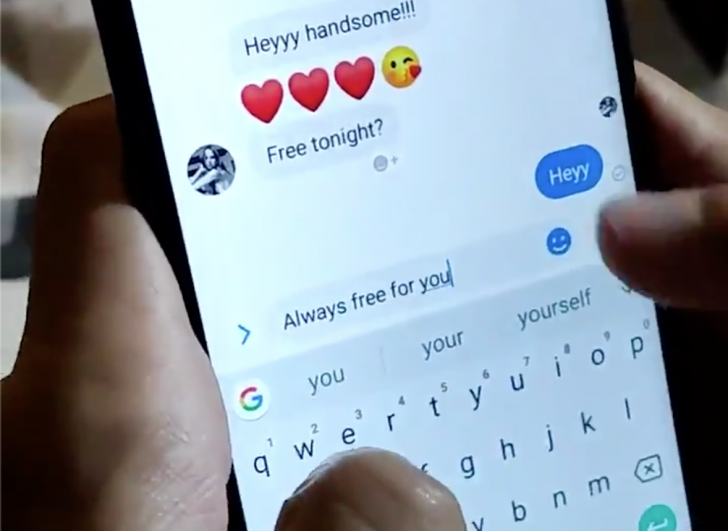 Looking at the content, the young man was in bed with one lady and was chatting with yet another lady. This passes a wrong signal, especially to the younger generation. The video which is of very low quality has caused controversy among netizens this has forced Xiaomi Malaysia to remove the tweet.

Next OnePlus 7 Pro $15 million screen rated A+ by DisplayMate