OnePlus’ next big event is scheduled for two weeks ahead on May 14, however, the big star of this event – the OnePlus 7 Pro – can’t stop leaking before the time. Today a new leak reveals what seems to be official press renders made by OnePlus to showcase the handset in two of the rumored three color variants: Nebula Blue and Mirror Gray. 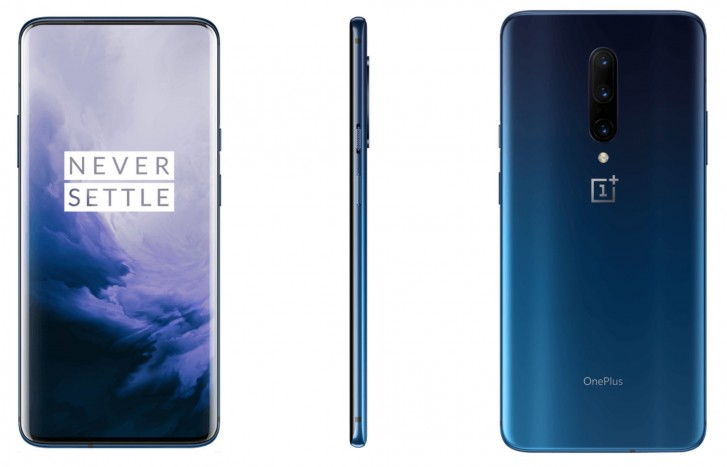 It’s cool that OnePlus will finally leave its old policy of releasing phones in two simple black versions, and will bet in the new trend of stunning colors with its gradient finish. This leak also reveals, that this time, OnePlus will be adding a “OnePlus” wordmark at the bottom part of the rear, to complement the company’s logo which is once again placed below the camera’s LED flash.

The front of the render reveals a stunning dual-curved display that’s almost bezel-free save for a very tiny chin. The handset is rumored to come with a 90Hz refresh rate. If you’ve been living in a cave for the recent months, you already know that the OnePlus 7 Pro won’t feature a notch, after all, it is set to come with a pop-up camera for selfies. 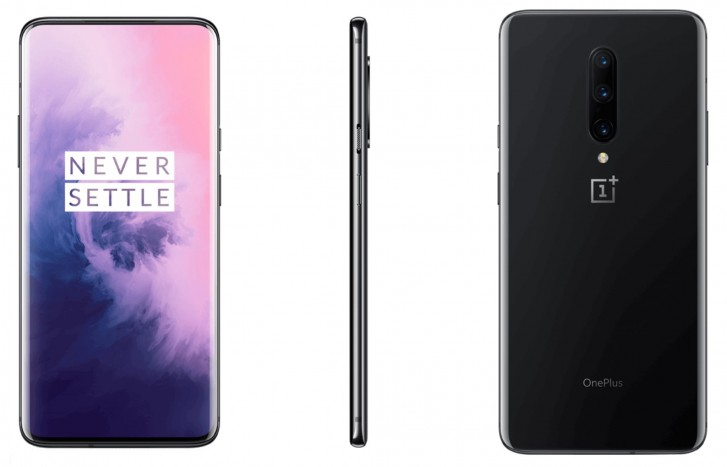 Like we expect from a 2019 premium flagship, the 7 Pro won’t come with a visible fingerprint scanner, instead it will feature an in-display sensor just like the OnePlus 6T, however, we should expect an improved technology on the newer device. The OnePlus 7 Pro will feature a triple-camera setup on the rear, probably opting for one main wide sensor, an ultra-wide, and telephoto sensor. The main shooter is expected to come with 48MP, while the telephoto sensor should support up to 3x Optical Zoom.

The phone will feature Qualcomm’s latest beast – Snapdragon 855 and up to 12GB of RAM. According to past leaks, its price will probably start around €700. Since all these leaks are for a Pro variant, we also expect to see a cheaper and probably trimmed down OnePlus 7 at the May 14 event. This particular model is expected to come with a dual-camera setup, standard selfie camera with a notch at the top of a smaller display with lesser resolution – Also its refresh rate will return to a standard 60Hz.