Earlier today, the Slashleaks released the camera specifications of the Honor 20 and Pro version. As for now, the same source reveals three posters, showing that the new machine will have red, white, blue, and green color options. Previously, it was reported this handset will have only three color variants. Now there is every reason to think it’s not so. 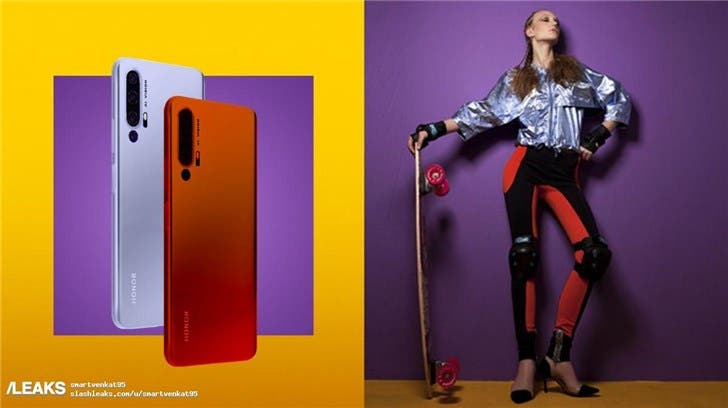 However, seems this is the last thing we learned about the Honor 20 series handsets, as previously, we’ve managed to get information about all of its key features. According to them, the Pro variant will sport a rear-mounted 48MP main camera (Sony IMX586) + 16MP super wide-angle + 8MP telephoto + 2MP four lenses combination. At the same time, the phone will come with a rear 48MP main camera (Sony IMX586) +16MP Wanchao wide angle + 2MP + 2MP four sensors combination.

As for the rest of the features, the Honor 20 is said to adopt the pearl screen design, while the Pro version will use the punch-hole screen design. The frames and the chin of both phones are extremely narrow, and the screen ratio is very high. There is also a 32MP front-facing camera. 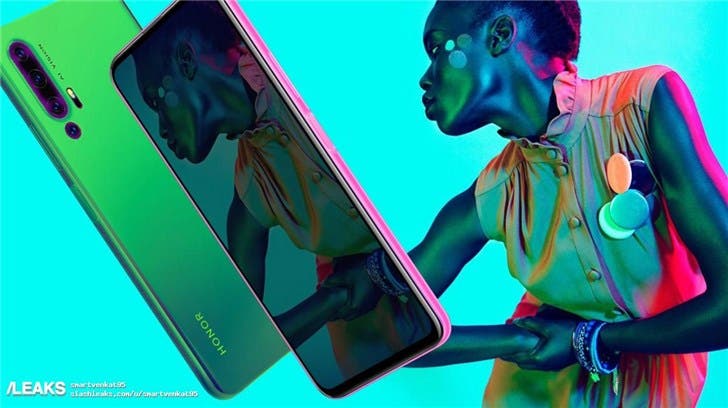 In terms of the core configuration, the two smartphones are equipped with the Kirin 980 processor, the sixth-generation screen fingerprint recognition module, a built-in 3650mAh battery, which supports 22.5W fast charge and many more.

As you remember, the Honor 20 line smartphones will debut on the 21st of this month in London. It has become a tradition for Huawei to announce its flagships in European capitals, and then to bring them to the homeland. The Honor 20 is no exception.

Next Redmi Snapdragon 855 flagship will come with other new products