The Realme X should arrive in a couple of days, but thanks to a newly leaked photo, we now have a clear idea of what the device looks like, at least from the front view. We have seen some images depicting the Realme X in the recent past, but this is the first time the Chinese firm will be releasing a live image of the device.

Released by Realme’s CMO Xu Qi Chase on its official Weibo account, the official hands-on image reveals a device with a full-screen display with no notch present, but with some bezels on the top as well as left and the right side. A teaser from earlier this week reveals the device will come with AMOLED display with a 91.2 percent screen-to-body ratio, all thanks to its pop-up camera which was revealed in a video teaser some days ago. Although we have yet to be treated to an official image showcasing the rear side, previous leaks and rumors have, however, reveals the device will get a centrally placed dual camera setup with no fingerprint scanner in sight, so the device might get an in-display scanner. Beyond that, the image reveals a power button on the right and volume rockers on the left. 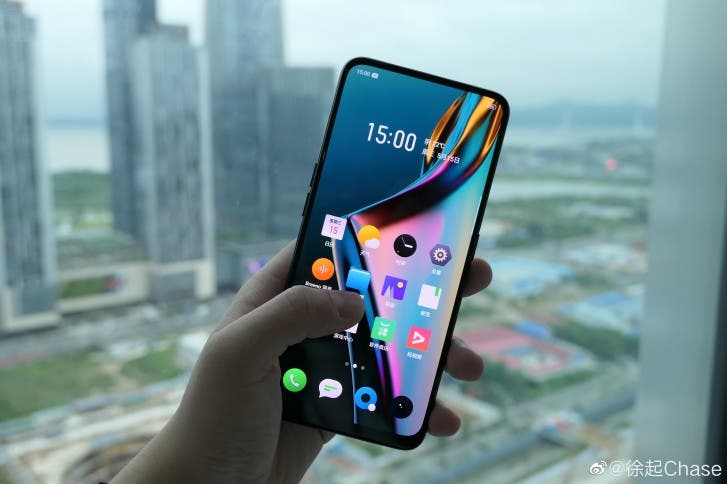 Previous leaks suggest the device will come two variants – the Realme X and the Realme X Youth edition, although there are speculations the brand is also cooking a Pro variant that might come with the flagship Snapdragon 855 SoC.

Expect some more revealing teasers about the Realme X in the days leading to its official debut.