In the past few hours, Samsung team has sent an email to users who have pre-ordered the Samsung Galaxy Fold before the decision to postpone the launch of the device, the email is an update on the corrections made to avoid problems with the foldable display.

Recall that the Korean manufacturer has decided to postpone the debut on the market of the Samsung Galaxy Fold in June because of the problems encountered by some of the first reviewers with the screen.

In the e-mail, the producer confirms that it is making progress in improving the strength of the smartphone but it is still not able to fix a date when the terminal will be ready for marketing. 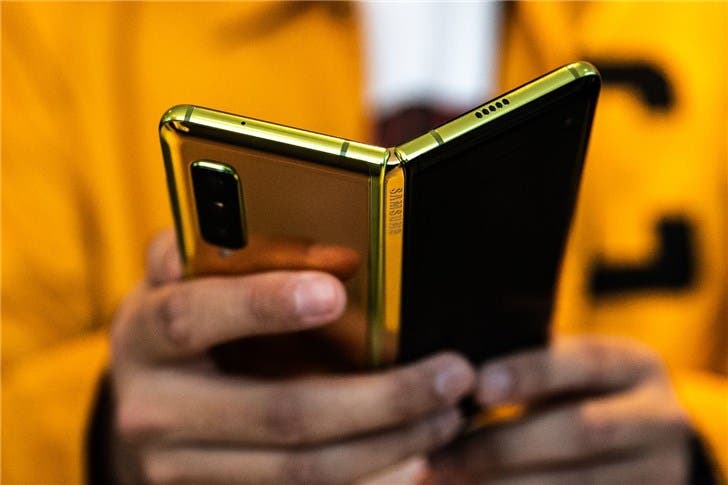 Due to the lack of accurate information, Samsung has decided to allow those who have pre-ordered the smartphone to communicate if they want to keep their pre-order or if, on the contrary, they prefer to cancel it.

Still so much uncertainty, therefore, around the device that is not clear if it will arrive on the market in the form in which it was presented last February. It was a brilliant concept, but the failure rate of only a handful of review units in the public should send Samsung back to the drawing board with this one.

Samsung has said it plans to make at least 1 million Galaxy Fold handsets in the first year of production, compared to the total 300 million phones it produces annually on average. It originally closed pre-orders for the device early because of “high demand.” 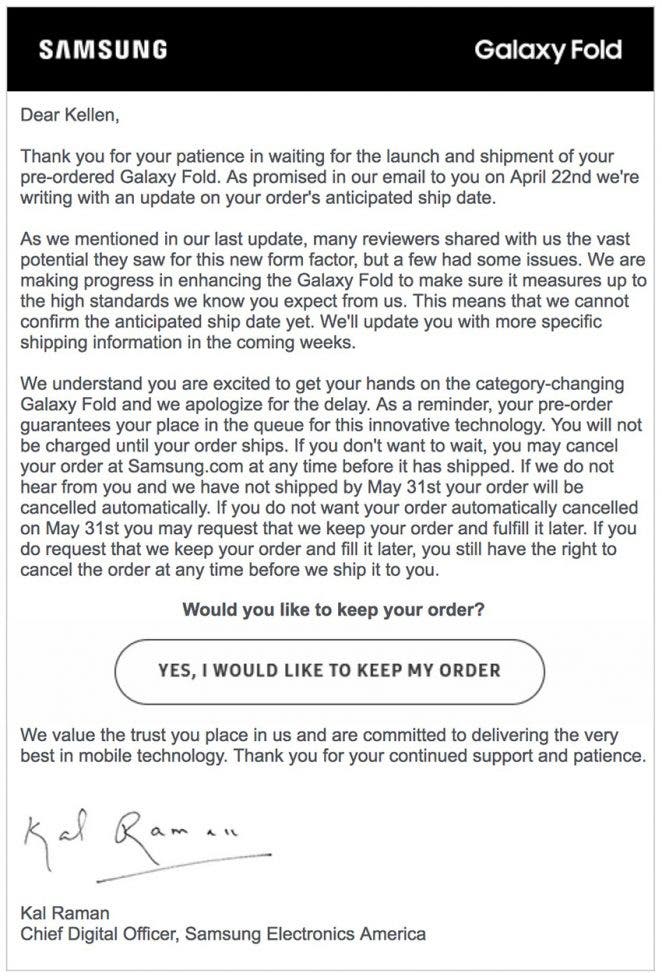